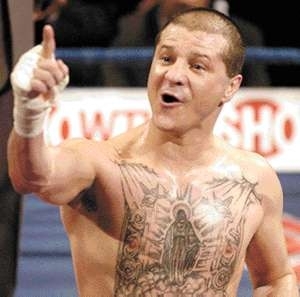 Archuleta won the first in the series via split decision in 2004. One year later, Tapia evened the score with a unanimous decision.

Since then, Archuleta has gone 3-3, dropping TKO losses to Martin Honorio (TKO 5), John Molina (TKO 2) and Juan Carlos Burgos (TKO 2) while scoring three wins over journeymen with a combined record of 47-80-6.

The 44-year old Tapia is 3-1 since the last Archuleta fight, losing via KO 2 to Sandro Marcos in 2005 and then coming back with three consecutive wins over club-level opposition. Legal and personal problems related to drug abuse resulted in nearly five years of inactivity since 2005 for the former super flyweight, bantamweight, and featherweight world champ.

Tapia is also set to begin filming a reality show in May.