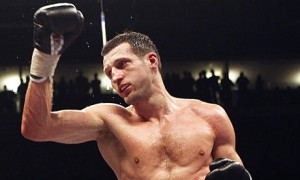 The five fight deal will take the fighter from Nottingham through the rest of the tournament as well as two or three bouts after the competition.

Froch will next be taking on Glen Johnson, June 4th in the semi-final of the Super Six World Boxing Classic in Atlantic City, NJ.

The signing of Froch makes Matchroom Sports, headed by Barry and Eddie Hearn, a legitimate market share threat to Frank Warren’s UK-dominating promotional company, especially if the rumored Froch-Joe Calzaghe mega-fight is anything more than just a rumor.