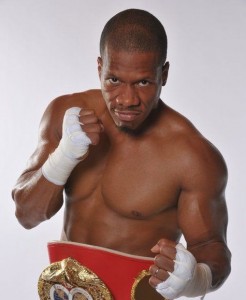 The rematch between IBF jr. middleweight champ, Cornelius “K9” Bundrage (30-4, 18 KOs) and his #1 contender, Sechew Powell (26-2, 15 KOs) has been officially signed and is scheduled to take place as part of the stacked June 25th card at The Family Arena in St. Louis, MO.

Powell stopped Bundrage via TKO 1 when they first met in a wild, but brief 2005 encounter which featured a rare double knockdown.