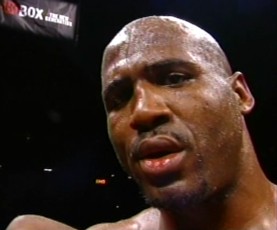 The first sanctioned fight for the IBS gave the crowd in attendance an all-action fight with Walker hitting the canvas in the first round and being able to survive as Butler went in for the finish, but began to tire by the end of the round.

In round 2, both fighters were swinging for the fences with Butler being deducted a point for holding and hitting.

Round 3 saw Butler deducted a point for throwing Walker to the canvas just like the MMA matches that were shown earlier on the card.

Round 4 was a confusing round as Butler was again warned for holding and hitting and then pushed the referee which brought on a tense moment as most in attendance thought Butler would be disqualified but the ref allowed the contest to continue.

From the 4th on the fight set into a pattern with Walker being the busier fighter and Butler showing signs as the more powerful puncher.

Butler just wasn’t busy enough. Even with being able to rock Walker on a few occasions, he just couldn’t or wouldn’t muster enough to finish the show allowing Walker to walk away with the win and the IBS US National Title.

(David Gardner is President of the Independent Boxing Syndicate)

For interview with Gardner regarding the method and mission of the IBS, click HERE