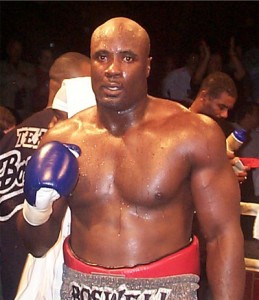 Veteran heavyweight Cedric “The Boz” Boswell (34-1, 26 KO) will be back in action on Saturday June 4, less than 3 months after his last victory. Boswell is set to take on Kertson Manswell (20-2, 15 KO), from Hollywood, Florida’s Seminole Hard Rock Hotel and Casino.

Following a 10-round TKO loss to Jameel McCline in 2003, Boswell, now 41, was inactive for nearly 3 years. An August 2008 victory over Roman Greenberg breathed some life back into his career. Against limited competition, Boswell is riding a 13-fight win streak since his return to boxing in 2006, winning 10 of 13 by way of knockout. Following his March 18 unanimous decision victory over former heavyweight world champion Oliver McCall, Boswell is looking to extend his winning streak with a victory over Manswell.

Manswell, of Trinidad and Tobago, has lost his last 2 fights after winning his first 20. His May 7 loss came in the Prizefighter Tournament against Cuban heavyweight prospect Mike Perez, the tournament’s eventual winner.