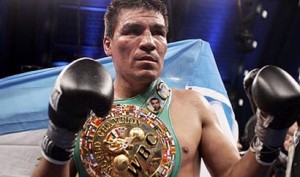 Baldomir holds career victories over Joshua Clottey, Arturo Gatti, and Zab Judah, but would go on to lose via wide unanimous decision to both Floyd Mayweather Jr. and Vernon Forrest. He was also stopped in six rounds last September by prospect, Saul Alvarez. The former welterweight lineal champ last fought in November, winning a split decision over Amilcar Melian.

Flores, on the other hand, has fought all but one of his bouts in his home country of Ecuador and has yet to compete above the club level.