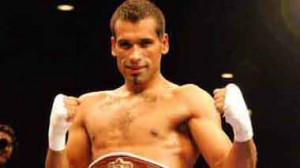 The fight was competitive throughout, with each fighter doing what they do best. Barros moved in and out, winning his rounds on athleticism and reasonably sound hand speed while Caballero took the edge in the rounds where he used his awkward, whipping, heavy-handed shots to back Barros up.

At the end of twelve, The Boxing Tribune had the fight even in rounds, 6-6, with the score of 114-112 after factoring in the two knockdowns. The official judges, though, were all over the place– one scoring the fight 115-111 in favor of Caballero while the other two saw it 114-112 and a ridiculous 116-111 in favor of the hometown fighter, Barros.