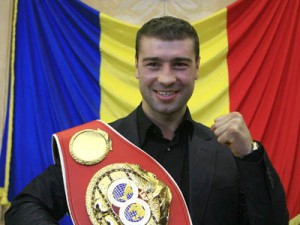 With the top super middleweights in the world tied up in the Super Six tournament, IBF super middleweight titlist Lucian Bute (28-0, 23 KOs) will defend his title against Jean Paul Mendy (29-0-1, 16 KOs), at the Romexpo arena in Bucharest, Romania.

The undefeated Bute will fight outside of his adopted home nation of Canada for only the fourth time, and the first time in his native Romania. After a controversial win over Librado Andrade, which saw Bute benefit from a long count after a knockdown in the 12th round, Bute has won 5 straight in impressive fashion, including handing the rugged Andrade the first stoppage loss of his career. Bute last fought in March, stopping Brian Magee with a calculated body attack that stopped the Irishman in 10.

Mendy has not fought in nearly a year, since he beat Sakio Bika by disqualification in the first round of their July 2010 IBF title eliminator. The southpaw from France is looking to spoil Bute’s plans for a big-money showdown with the eventual winner of the Super Six tournament.