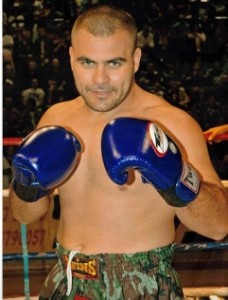 Cruiserweight contender Ran Nakash (25-1, 18 KOs) will be back in action against Lou Del Valle (36-6-2, 22KOs), Saturday night in Atlantic City, New Jersey. This bout will be fought in the cruiserweight division and is scheduled for 10 rounds.

Nakash is fighting for the first time since suffering his first career defeat in April, a 12-round unanimous decision loss to WBO titlist Marco Huck. Nakash, who also serves as Chief Commander and Instructor to the Israeli Defense Force’s Krav Maga instructional unit, is looking to get back on track with a win over the 43-year old Del Valle.

Del Valle has fought sparingly over the last 5 years; once in 2007, twice in 2008, and a majority draw with Joe Spina in 2009. Del Valle’s best days were fought in the 90’s, when he went 12 hard-fought rounds with Virgil Hill for the WBA light heavyweight title. The following year Del Valle would win the vacant WBA title with an 8-round TKO of Eddy Smulders. In his first defense, Del Valle lost his title to Roy Jones Jr., but was able to boast that he had the untouchable Jones down on the canvas.