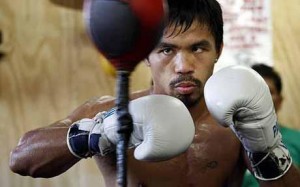 “We had two incredible and unprecedented proposals from enormous media companies,” DuBoef told Multichannel News. “HBO’s proposal included all of the Time Warner entities – which include both digital and cable nets, its publications and very aggressive marketing — and that was obviously something that we were interested in.”

The announcement is a return home for Pacquiao, who has been an HBO mainstay since he first arrived on the US fight scene with a shocking TKO 11 upset over Marco Antonio Barrera on the network’s World Championship Boxing program in 2003.

Bad feelings between HBO and Top Rank CEO Bob Arum sent the veteran promoter to rival network, Showtime for Pacquiao’s May pay per view against Shane Mosley. Since that time, HBO Sports President, Ross Greenburg has stepped down, but there has been no indication whether that move factored into Top Rank’s decision