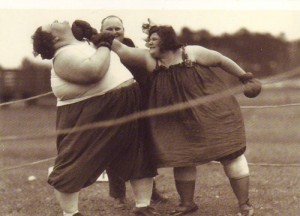 You know you have a boxing addiction when you’re scouring the internet on a Friday afternoon for a copy of the Lenny Zappivigna-Ameth Diaz fight from earlier in the morning.

But like a dealer who keeps changing his address, boxing’s power brokers are making it hard to indulge my habit, turning a fully exploitable addiction into something akin to a mild case of the munchies.

With no football, no basketball, and most baseball markets already eliminated from playoff contention, boxing has gone into full-on hibernation with only a sprinkling of minor shows over the entire Universo Pugilistico. As a matter of fact, we are currently at the tail end of a 21-day run where the biggest fight to take place, by far, was Lamont Peterson-Victor Cayo.

And after three full weeks of almost no boxing action, even yours truly, the hardest of the hardcore mainlining fight fans, feels a little bit like I’m in recovery. The urges, the itches, the uneasiness in having boxing haunt my every waking moment. All pretty much gone. Rehab with an occasional chaser of Friday Night Fights methadone.

This Saturday, I’ll get another taste as Abner Mares and Joseph Agbeko square off, but then another two weeks of nothingness until Robert Guerrero-Marcos Maidana on August 27. After that, boxing doesn’t really get off the ground until the September 17 Floyd Mayweather-Victor Ortiz pay per view, finally picking up full steam in October when, of course, the NFL season has already begun and the World Series is in full effect.

What a wonderful way to cure a boxing addiction.

But these lengthy disappearances are nothing new. They happen every year, usually at the precisely wrong moments. There must be some programming reason behind boxing taking itself off the air for large chunks of time, usually in the Summer and over holidays. I always assumed that the tides of boxing synced up with Las Vegas off-seasons. After all, Vegas is unbearable in the deep recesses of Summer and comparatively barren over certain holidays. But even with Sin City becoming less and less of an equation, the boxing pimps have maintained the same curious schedule.

It’s likely just the usual boxing cocktail of laziness, stupidity, and general disregard that keeps things from being fixed. How else can you explain the logic behind simultaneous HBO/Showtime cards on July 9, featuring Paul Williams-Erislandy Lara and Brandon Rios-Urbano Antillon, respectively, in the face of nearly two months of tumbleweeds and dust storms?

I don’t know whether there was some valid programming reason behind why one of the networks just didn’t move their show to the following week, where nothing was going on. They did have several months notice. All I know is that the boxing public was cut in half, isolated from half of the available action, and then handed a heaping dose of nothing the following week.

The long-term solution for most of boxing’s ills, including this one, is to simply become legit. Run the sport like an actual sport and not like a Tijuana brothel. That means giving up some of the up front money from the premium channels in favor of increasing exposure and cashing out on the back end.

ESPN would be an ideal place to start.

If they wanted, ESPN could take boxing and bring it to another level. They have the money, the markets, and the know-how. And they even have a bit of an infrastructure with their Friday Night Fights set-up. As it is now, boxing is invisible unless you have cable and rather pointless unless you have premium cable. If some smart boxing people could cozy up to “The Worldwide Leader in Sports,” it would be a huge first step in a return to prominence in the US.

Of course, that would involve cleaning up its act and getting rid of the shadiness that has made the sport toxic to most mainstream advertisers and journalists. So, in other words, forget about it.

In the meantime, boxing fans will have to hunt out TV dates, deal with silly HBO vs. Showtime competing shows, and languish through artificially induced off-seasons.

But I guess it doesn’t matter. After all, what’s really important is that the promoters and network stooges stay rolling in dough.

Join Paul this week as he kicks off his campaign to end illiteracy in Examiner.com “journalists.” Email Paul Magno at paulmagno@theboxingtribune.com. Paul is a certified iconoclast and a full member of the Burger King Kid’s Club.