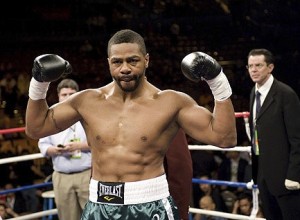 It was hardly a dominant performance from the American, but Barrett outworked and generally outperformed Tua over 11 and a half rounds, throwing shots from the outside against a Tua who seemed perpetually trying to get within the taller fighter’s reach. By the time of Tua’s late round surge, Barrett already had too many rounds in the bank.

After the bout, Tua vowed to fight on while the 40-year-old Barrett was non-committal on the issue.