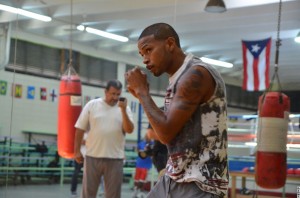 Puerto Rico’s Cesar Seda (20-1, 15 KOs) is looking to push the “reset” button after his closer-than-scored April loss to WBO super flyweight champ, Omar Narvaez. The southpaw’s first fight back will be this Friday night against 2004 Olympic Gold Medalist for Cuba, Yan Barthelemy (12-2, 4 KOs), at the Auditorio Juan Pachín Vicéns in Ponce, Puerto Rico.

Seda, who performed well against the veteran world titlist, Narvaez, is a well-regarded prospect, seasoned on the Puerto Rican club circuit. Other than the Narvaez bout in Argentina, Seda’s record mostly consists of solid, but unspectacular veterans such as Daniel Reyes, Jose Lopez, and Omar Soto.

Barthelemy, also a southpaw, has struggled with the professional style since defecting from his native Cuba and has yet to fight anyone of note.