According to a panel of forensic experts, former world champion, Arturo Gatti, was murdered two years 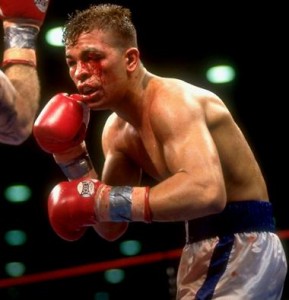 ago in a Brazilian resort town and did not commit suicide, as the Brazilian authorities concluded.

“This case must be reopened if authorities in Brazil have an iota of moral, ethical and legal concern for their reputation,” said noted forensic pathologist Cyril Wecht.

The investigation, initiated by former Gatti manager and long-time friend, Pat Lynch, found several factors that should’ve immediately ruled out suicide as a cause of death.

The study concluded that a laceration on the back of Gatti’s head, caused by a blunt instrument, likely rendered the fighter unconscious prior to being strangled to death.

Efforts to create the impression that Gatti had hanged himself were, according to Wecht, “pure, unadulterated fiction.” The findings determined that the positioning of the body was inconsistent with what would be expected of a death by hanging and that the purse strap he allegedly used to hang himself was nowhere near strong enough to support the fighter’s weight. The forensics team determined that the strap could only support 78 lbs., max, for just a few seconds.

Gatti’s wife, Amanda Gatti, was the only other person in the bungalow at the time of the death and was initially arrested but later released when Brazilian authorities ruled the death a suicide.

Amanda Gatti is currently involved in a legal battle with the fighter’s family for the rights to Gatti’s estate, estimated at $6 million.