MP Promotions, Manny Pacquiao’s promotional company, in association with Top Rank will put on a rare 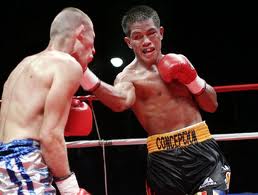 The card will feature three prominent Filipino fighters in “stay-busy” bouts as the event’s main attractions.

Bernabe Concepcion (28-5-1, 15 KOs), once regarded as a top featherweight challenger, will take on Vista, California’s Aaron Garcia (10-2-2, 2 KOs) in a ten round contest. Concepcion has lost three of his last four bouts. Most recently, he lost an eight round split decision to Juan Carlos Martinez in May.