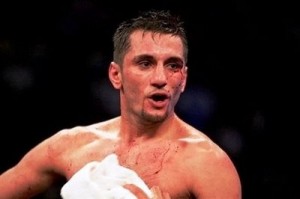 Mora has been out of action since turning in a disappointing performance in February’s loss to Brian Vera. On the heels of last September’s split draw with Shane Mosley, Mora hoped to better his fortunes against Vera, but walked away with a loss instead. Now the one-time WBC jr. middleweight titlist with the improbable victory over the late Vernon Forrest, and winner of the first season of the popular boxing reality TV series, The Contender, will rebuild in hopes of another successful run.

Jose Alfredo Flores, 39, began his career in 1990. He retired following a decision loss to Verno Phillips in 2002, only to return in 2010. Throughout his career he has registered losses to Vince Phillips, Raul Marquez, and the aforementioned Verno Phillips. He faced Fernando Vargas for a vacant title in 2001, losing by way of knockout in the 7th round.