Former NABF featherweight champion, Matt Remillard, was sentenced to five years in prison as part of a 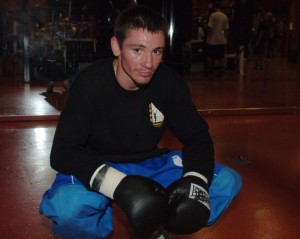 plea bargain in Hartford Superior Court, Tuesday, for fracturing the skull of 22-year-old Jordan Evans with an aluminum baseball bat during a 2010 altercation.

The 25-year-old fighter was accused of repeatedly pummeling Evans with a bat after a heated argument over a woman escalated into a physical encounter in January of 2010.

Evans had to undergo major reconstructive surgery (about which you can see more here) to the top of his skull, requiring eight metal plates and 30 screws to repair the damage. The Connecticut resident still claims to suffer from chronic pain and double vision from the attack.

“Matt, by accepting this plea, has given up his career,” said Kevin O’Brien, one of Remillard’s lawyers. “This is just a tragedy.”