Krzysztof Wlodarczyk (46-2-1, 33 KOs) made the third defense of his WBC cruiserweight title by stopping Australia’s 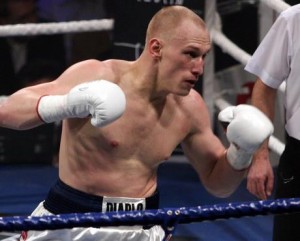 Danny Green (31-5, 27 KOs) in the eleventh round of their scheduled twelve round contest Wednesday in Mt. Claremont, Australia. For the full Fight, click on links below