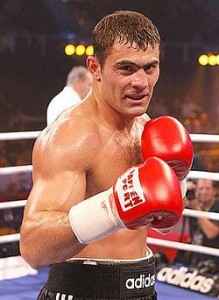 Russian fighters Rakhim Chakhkiev (11-0, 9KOs) and Alexander Kotlobay (21-2-1, 15KOs) will face each other on Saturday, January 28th.  The fight will take place at the Elysee Grand Hotel in Hamburg, Germany.

Kotlobay has won three of his last four, with the loss coming against Enzo Maccarinelli who is now 33-5.  On paper it appears that Kotlobay has seen better opposition in the ring, with four of his last five opponents having fought more than thirty times.  Saturday will determine if that experience is enough to defeat an up-and-coming prospect.