Former junior welterweight champ, Paulie Malignaggi (30-4, 6 KOs), is intent upon looking a gift horse in the mouth as he has decided to hold out for a bigger share of the purse against WBA welterweight champion, Vyacheslav Senchenko (32-0, 21 KOs).

Senchenko’s promoter, Union Boxing Promotion, won the WBA-ordered purse bid for the bout with a 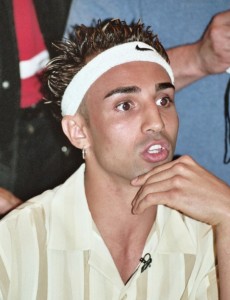 staggering $1,000,100 offer to take the title contest back to Senchenko’s native Ukraine.

Of that $1 million bid, Malignaggi was guaranteed $250,000 against the defending belt holder–the amount Malignaggi’s promoter Golden Boy offered for the entire purse.

The 31-year-old Brooklyn native, however, is looking for a $500,000 payday for a title opportunity that most feel the fighter never earned in the first place.

Boasting only two fights at the welterweight limit (against unranked journeymen, Jose Miguel Cotto and Orlando Lora), Malignaggi, who signed with Golden Boy at the end of 2010, suddenly shot up the WBA rankings to become the organization’s #2 challenger and Senchenko’s mandatory.

Union Boxing Promotion is considering legal action should Malignaggi not follow through with the bout.