A native of Uganda, now fighting out of Las Vegas, Bogere is ranked 20th in the world among lightweights.  He’s stayed busy in 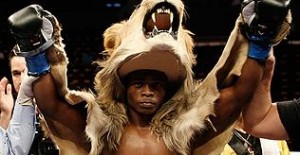 the ring, averaging five fights a year since 2008.  He has knockout wins in three of his last five bouts, and he most recently scored a KO over Francisco Contreras in his first defense of a minor title.

At thirty years of age, Rivera is seven years his opponent’s senior.  He is a veteran southpaw coming off three consecutive losses.  His last victory came in June 2010 against Cesar Soto, who was 62-19 at the time, where he walked away with a majority decision win.

This bout will be on the undercard of the main event that will feature Devon Alexander vs. Marcos Maidana and co-feature Adrien Broner vs. Eloy Perez (both of which will be aired on HBO’s Boxing After Dark at 10pm ET/PT).