One of the nice things about having your own website is that you get to make the editorial calls and set the overall tone of the place. But don’t think that it’s a completely stress-free environment or that you don’t feel pressure. 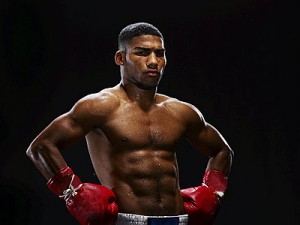 When the news broke about Yuriorkis Gamboa no-showing the Miami press conference in support of his scheduled bout with Brandon Rios, every boxing site in the known universe had a Gamboa-Rios headline, accompanied by all shades and tones of speculation and/or Gamboa character assassination.

Seeing all the attention being devoted, the pressure was on to get my site’s foot in the door and also post something about this situation. After all, how would it look for us to be the only site not reporting this?

On one hand, Gamboa no-showing was, sort of, a news event. On the other hand, most boxing press conferences are non-events which only exist as promotion. Plus, we really didn’t know why Gamboa was not showing up and, while all of us with some feelers out there had heard about Gamboa being unhappy, we didn’t know the whole story until the fighter spoke for himself.

Ultimately, we decided to hold off on the story until we actually knew what was going on. Then, we heard.

“There’s no contract and there is no fight,” Gamboa told RingTV.com from Las Vegas, where he has been training at Floyd Mayweather Jr.’s gym. “Whenever everything is clear with my contract, that’s when the fight will happen, but right now I’m not under the terms that I want the fight to happen.”

This sums it up and should put an end to any and all derisive commentary aimed at Gamboa.

At the crux of the matter, for me, is a fighter’s right to self-determination and his ability to negotiate the best deal possible for an endeavor that could, literally, cost him his life. If someone at Top Rank didn’t dot their ‘i’s or cross their ‘t’s when it came to finalizing a written contract, it certainly isn’t Gamboa’s fault.

I realize that it’s common practice for the fight promotion to begin with just a verbal agreement and that written, signed contracts often come into place later on in the process, but this informal way of doing business is not in the best interest of the fighter. This common practice is in place to cheat the fighters, to coerce the fighters, and to offer wriggle room for the promoters in case something goes wrong and they have to find a way out of the deal. Ultimately, the wriggle room should go to the ones making the biggest sacrifices, the fighters.

As Editor in Chief, I’m proud that The Boxing Tribune has a policy of not covering press conferences or media days unless something truly newsworthy happens. We’re not in the business of helping promote fights and sell tickets. I’m also proud of holding off on the story until we knew all the details and not just what was sent to us via Top Rank. And I’m especially proud of not using some bad “Where’s Waldo?” pun or tossing up some macho posturing disguised as commentary.

This is not a video game or Hollywood movie. Promoters should stop treating the sport like a slave trade where old, rich men scheme behind the scenes to make a fight, no matter what the fighters want or need–and then proceed to bully those men into the ring at all costs.

A question to ponder is whether Top Rank knew that Gamboa was not going to be attending the press conferences in Miami and Los Angeles and decided to go along with them anyway. After all, it’s a win-win for them. If Gamboa gets coerced into going through with the fight, perfect. If he refuses, the perceived cowardice of Gamboa serves as promotion for Brandon Rios. This is not unprecedented in the modus operandi of Bob Arum.

And speaking of Brandon Rios.

Promoters love guys like Rios. Aside from putting on a good show for the fans, they also tend to be blindly loyal and care little about where they fight or who is lined up against them. They are also the easiest to manipulate and the easiest to dispose of when they’ve been drained of their mojo. Believe me, the love and respect shown to Brandon Rios right now will not be shown after he’s old and out of the sport. There will be no $100,000 bonus for Brandon Rios when he’s 37 and has to worry about finding steady pay for the next fifty years of his life.

That’s why I’ll never put down a fighter for wanting proper representation and a bigger share of the take and The Boxing Tribune will never be a site that degrades fighters or unwittingly does the bidding of promoters and shady managers.

Gamboa said it best in his statement to Ring TV:

“This is the time to do this, because if I don’t stand up for myself, nobody else is going to do it.”