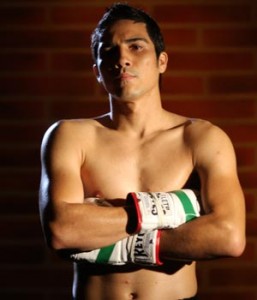 DeMarco, who won the vacant WBC title in a bloody, come-from-behind war against Jorge Linares last October, is on a three-fight win streak following his RTD 9 loss to Edwin Valero in 2010. The 26-year-old native of Tijuana has scored solid victories over Daniel Attah, Reyes Sanchez, and Linares since his high-profile loss.

Roman, old beyond his 26 years, has never fought at the lightweight limit and was beaten by prospect, Javier Fortuna, in a super featherweight bout last December. Over the course of his nine-year professional career, Roman has usually lost when stepping up in class (Jonathan Victor Barros, Antonio Escalante, Miguel Beltran Jr.,Fernando Beltran, Jorge Solis, Eduardo Escobedo), but has scored noteworthy wins over Tyrone Harris and Cesar Soto.