On Saturday, March 16th, two flyweights will move up three pounds for a chance to win a minor title in the super flyweight division.  Omar Salado (23-4-2, 14 KOs) will face Glenn Donaire (18-4-1, 10 KOs), the older brother of Nonito Donaire, in Mexico City at the Auditorio Plaza Condesa.  The bout will air live on Telemundo at 11:35PM central. 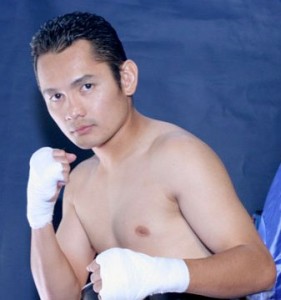 Mexico native, Salado, is a late replacement for Omar Soto who pulled out of the fight earlier this month.  Salado has four losses on his record, all of which have come within the last four years.  In the midst of those losses, Salado racked up four wins against opponents that hold a combined record of 21-20-6.

Salado has faced skilled competition in his defeats.  The first of four losses came by TKO in May of ’08 against Julio Cesar Miranda who is now ranked 9th among flyweights.  In September 2009, Salado faced Luis Concepcion, now ranked 6th among flyweights, and lost by TKO in the twelfth round.  Nine months later, he faced Francisco Marquez losing by TKO in the sixth.  His most recent loss came in July of 2011 against Roman Gonzalez, who is ranked 11th in the junior flyweight division, by a seventh round TKO.

Donaire fights out of the Philippines and is making his way back to the boxing scene after a three-year layoff from 2008 to 2011.  Saturday will be his second bout since coming back, and he is coming off a win over Alex Sanchez whose record shows he’s not likely on his way to becoming a contender.

Like Salado, Donaire has also been tested in the ring and came up short.  In October of ’06, he faced Vic Darchinyan, who is now ranked 11th among bantamweights.  The bout was halted in round six when the ringside doctor ruled Donaire could not continue due to a possible broken jaw; the fight went to the scorecards and was ruled a technical decision loss for Donaire.  In July of ’08, Donaire lost a unanimous decision to Ulises Solis, who is now ranked 2nd among junior flyweights.  It was after this bout that Donaire’s three-year absence began.