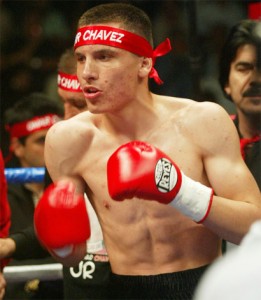 A fairly competitive bout between two fighters with very limited skills, Chavez had the slight edge for most of the contest as the fighter with quicker and heavier hands. Julio had his moments, mostly when Chavez had lapses in concentration and/or wanted to take a rest, but was unable to put together any real, sustained offense.

Ultimately, the bout ended with a whimper as Julio simply refused to answer the bell for the ninth round.