The Boxing’s Tribune’s Kelsey McCarson has been told that the weigh-in drama surrounding tonight’s welterweight fight between former lightweight champion, Jose Luis Castillo (63-11-1, 54 KOs) and Jose Miguel Cotto (32-3-1, 24 KOs) has been confirmed. THe fight has officially been removed from tonight’s card at the Reliant Arena in Houston, Texas. 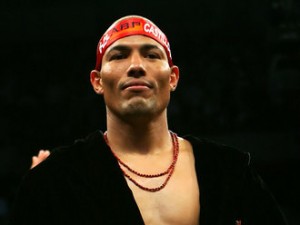 Yesterday Cotto’s adviser released a statement to Boxing Scene, blasting Castillo and stating that they would not accept the fight.

Castillo, who has now missed weight four times in his career, exceeded the contracted weight limit of 145 pounds when he weighed in at 147.75 yesterday. Castillo was given a chance to make weight later, but he showed up and weighed in at 151.75 a few hours later.