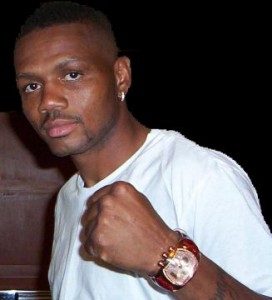 40-year old Nate Campbell (35-9-1, 26 KOs) kept his career afloat as he stopped Victor Manuel Cayo (27-3, 19 KOs) in the ninth round of their scheduled ten round junior welterweight contest. Cayo, a native of the Dominican Republic, was also down twice in the fifth round.

AJ Banal (27-1-1, 20 KOs) stopped Raul Hidalgo (16-6, 12 KOs) in the first round of a scheduled twelve round bout in defense of his WBO Asia Pacific bantamweight title.

For Results from the major cards in Houston and Brooklyn, look HERE