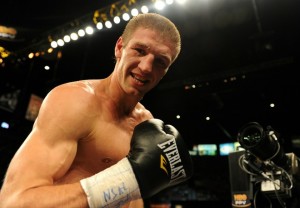 Pirog looked sharp against a game, but ultimately lesser fighter and lived up to his reputation as one of the best middleweights in the sport. After two lackluster wins over inferior opponents, Pirog performed well against an opponent who was clearly a step up from anyone he has faced since knocking out Daniel Jacobs for the vacant title in 2010.

A video of the fight (rounds 4-12, as of right now) can be seen by clicking HERE.