The much-maligned career of Floyd Mayweather Jr. continues this Saturday at the MGM Grand as he takes on WBA jr. middleweight champion, Miguel Cotto. Saturday, May 5 will mark Mayweather’s second trip up to the jr. middleweight division, his first being his 2007 win over then-WBC champion, Oscar De La Hoya. 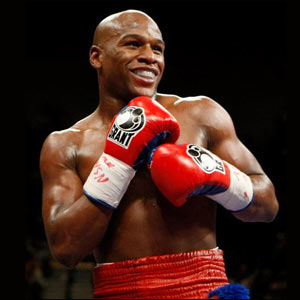 Win, lose, or draw, less than one month after Mayweather faces Miguel Cotto he will turn himself over to authorities to begin serving an 87-day jail sentence stemming from a September 2010 felony domestic violence arrest, to which he entered a guilty plea to a reduced misdemeanor charge. While the decision has been handed down and the hardest part – the waiting – is over, Mayweather stands face-to-face with the loss of his freedom, however long or short the time may be.

And as per usual, Mayweather is as cool as the other side of the pillow.

“Well you got certain obstacles that get in your way throughout your career, but you have to be a strong individual,” Mayweather told reporters on a recent conference call. “If anyone has followed my career they know that there’s been a lot of obstacles and a lot of ups and down through my career. But day in and day out and in the square circle I went out there and always did my best. I always put my boxing first.”

Much has been said about Mayweather’s childhood and personal life. From his drug-addicted mother to his drug-peddling father, Mayweather’s early years are those that usually make up the life stories of career criminals and inmates. The infamous tale of his father using an infant Floyd Jr. as a human shield from his brother in law certainly doesn’t give one any insight as to the daily happenings at the Mayweather household, but it paints a picture of just how bad things could get in his life.

But Mayweather, who sometimes laments being pushed into the sport of boxing as the only way his father spent any time with him, is lucky to have been given such an out from the life he lived as a child. Mayweather did follow in his father’s footsteps down the path to becoming a professional boxer, and exceeded the success his father obtained.

And while Mayweather’s career has been marred by distractions, arrests, lawsuits, and accusations outside of the ring, he’s always remained nearly flawless inside of the ring. In the lead up to his April 2002 fight with then-WBC lightweight champion, Jose Luis Castillo, Mayweather received a six-month suspended sentence, two days of house arrest, and was ordered to pay a $3,000 fine stemming from a domestic violence case. In 2004 he simultaneously trained for his fight with DeMarcus Corley while battling two counts of misdemeanor battery. And in 2005 Mayweather was in court defending himself against charges of kicking a security guard while he trained to challenge the late Arturo Gatti for his WBC jr. welterweight title.

Despite the chaotic 18 months since Mayweather’s 2010 domestic violence arrest, he has remained almost oblivious to his impending jail term as he prepares for his next fight. For a man born into a life surrounded by turmoil, boxing is Mayweather’s shelter from the storm, and always has been. When he can’t seem to outrun the trouble in his life, everything slows down for him while in the boxing gym.

Mayweather often sees himself as a target and a victim of his celebrity, and boxing allows him to use the negatives to propel him forward. “My thing is I try to turn anything negative into something positive,” Mayweather stated. “That’s why when I go to the gym, when I see my family and I see my team and I see my fans come support me every day it’s a motivational builder for me.”

He isn’t worried about facing jail time and he isn’t worried that his impending sentence will prove too big a distraction as he faces quite possibly the biggest test of his career. He’s been here too many times before.