Main Events Promotions has announced that Joel Julio has dropped out of the June 1 NBC Sports Network show vs. Gabe Rosado and will be replaced by Sechew Powell. The Junior Middleweight bout headlines the third NBC Sports Network card this year. 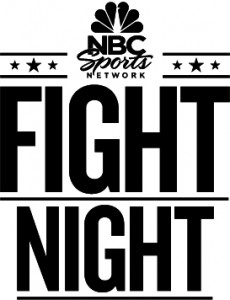 The four fight series between NBC Sports Network and Main Events was expended to five shows after the success of the opening card on January 21 from Philadelphia. The second installment on March 24 from Brooklyn, featuring Zab Judah, was also considered a success in ticket sales and TV ratings.

Jr. Middleweight Gabriel Rosado stole the show in the opening card with a dominating performance over rugged Jesus Soto-Karass, stopping the veteran in the fifth round. Rosado was a large part of why Main Events got a fifth date. NBC wanted Rosado featured again, this time headlining the card. Rosado has come into his own in his last few fights and has shown potential to make noise in the crowded division despite what is a deceiving record.

Rosado (19-5, 11 KO) had been scheduled to fight Julio, but will now have to adjust to the southpaw Sechew Powell (26-4, 15 KO). Rosado lost to Fernando Guerrero early in his career and was stopped in two rounds by Alfredo Angulo in 2009. Since the Angulo fight, Rosado is 7-1 (4KO) and has shown improvement in defense and offense in each fight. The Soto-Karass fight seemed to be a culmination of Rosado putting all the tools together at one time to turn in the type of performance many felt he was capable of all along.

Sechew Powell was a highly regarded contender at one time, but has lost two in a row and will be looking to remain relevant in the loaded 154lb division. Powell is coming off losses to Cory Spinks and before that to Cornelius Bundrage in a bid for Bundrage’s IBF strap. Powell also has a win and a loss against Deandre Latimore, a loss to Kassim Ouma, and a win over Ishe Smith in his career.

Rising welterweight prospect, Ronald Cruz, will be in the co-feature against Prenice Brewer (16-1-1, 6 KO). Cruz was born in Puerto Rico, but has spent the majority of his life in Bethlehem and will have the support of what is expected to be a full house at the Sands Arena. Cruz 16-0 (12 KO) did not turn pro as a known commodity but, began making a name for himself when he knocked out prospect Jeremy Bryan in his tenth fight. Since then he has stopped veterans Manuel Guzman, Doel Carrasquillo, Anges Adjaho, and most recently won a wide unanimous decision over Allen Conyers.

Brewer recently defeated Emmanuel Taylor, who was undefeated at the time. His one loss came in his previous bout to Patrick Lopez who was 19-2.

The card will take place on June 1 and will be held at the Sands Casino in Bethlehem PA. The card will be televised on NBC Sports Channel live from Bethlehem from 9pm-11pm. Main Events will also host Fight Night Cards on June 16 and November 11 with the site and fighters TBD.