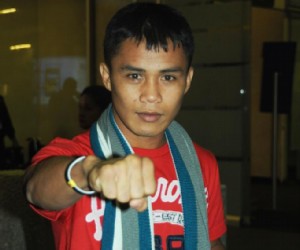 Cuello, currently the 7th ranked strawweight in the world by The Boxing Tribune, scored his last major win in the 105 lb. division against former champ and fringe contender, Muhammad Rachman, in September of 2010. However, since the TKO 9 victory over Rachman, the well-traveled 25-year-old has also notched divisional wins over Samartlek Chaiyonggym, Omar Soto, and Carlos Perez.

The unranked Lopez is considered a solid fringe contender, but has yet to defeat a high-end divisional rival. To date, the 30-year-old southpaw’s biggest victory has been against mutual Cuello opponent, Omar Soto. Lopez also dropped a 2010 split decision to former world titlist, Adrian Hernandez.