After a two-year hiatus from the ring (2010 to 2012), former heavyweight contender, Fres Oquendo (33-7, 21 KOs) is back this Friday at the Horseshoe Casino in Hammond, Indiana with his second fight of the year against journeyman, Joey Abell (28-5, 27 KOs). 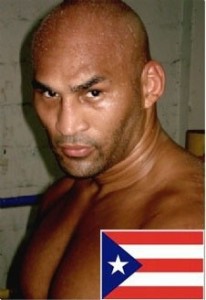 Oquendo has been in the ring with some of the top heavyweights of this era, including Evander Holyfield, James Toney, Chris Byrd, John Ruiz, and David Tua. Unfortunately, the Chicago-based Puerto Rican has lost to all of the top names on his resume. The 39-year-old’s best victories have come against fringe contenders like David Izon, Javier Mora, Clifford Etienne, and Obed Sullivan, but hasn’t scored a significant victory since a 2007 unanimous decision over Elieser Castillo. Most recently, Oquendo has lost two of his last three, dropping decisions to Jean-Marc Mormeck and Oliver McCall in 2010.