History shows us that when sports competitions involve large sums of money and/or national pride, somewhere people will be cheating. Easily visible to the uninitiated are boxing’s continued failures in legitimizing itself in the public eye; rectification, it seems, would be an obvious necessity. An intelligent and practical place to start would be with the splinter-cell like organizations scattered throughout the sport. The many sanctioning bodies within boxing must come together and form a cohesive, all-encompassing governing entity that will undoubtedly progress the sport. Common knowledge absurdities such as inept judging and drug scandals should be the first things to be eradicated. Perhaps then some clarity could be offered in regards to the convoluted system in place for awarding championship titles (the absurd amounts of belts in each weight class would also be reduced, pulling the actual championship picture into better focus). 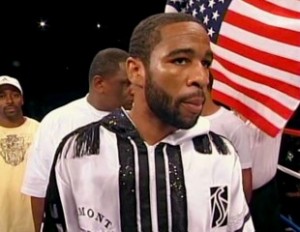 Moral fiber isn’t always woven so securely, though, as there likely always will be people trying to deceive the system in attempt to gain an unfair advantage over their adversaries, be it in business or in sports competition.

Cheating in sports is not a new issue and has been around since people started competing in sports. In 1904 at the second Tour de France (ironically, an event that is plagued with blood-doping), the top four finishers were each disqualified for various forms of cheating and gold was awarded to the 5’th place racer … In 1919, eight members of the Chicago White Sox were banned from baseball for an apparent plot to ‘throw’, or alter the outcome of the World Series.

The use of PEDs in sports can not only lead to increased muscle mass and augmented athletic feats, but also drastically reduced recovery time which can directly translate into more training time for dedicated users. More troublesome still is the fact that dangerous blood doping has been common-place in major competitions all around the world for over 50 years.

In the early 1970’s, the East German government conducted state run, secret police supervised blood-doping programs that were routine for all athletes (reports totaling over 10,000) and often began when subjects were only 10 years of age. Throughout the 1980’s the East German Olympic Team managed to double their already astronomical gold medal total from 20 to 40, rivaling the much larger Olympic communities of the United States and the Soviet Union. Finally, after the fall of the Iron Curtain, records of the wide-spread blood doping among German athletes were brought to light (and justice).

One athlete who has indirectly helped push the subject of performance enhancing drug use into the mainstream consciousness is Floyd Mayweather. With his insistence that he and Manny Pacquiao undergo random blood and urine testing (in effect sidelining that potential clash for years) quite a bit of attention has been placed on the drug testing issue within the sport and more and more athletes are requesting the more comprehensive blood tests (some, perhaps looking for scapegoat for a previous loss and others still with legitimate concerns over their competition not fighting on a ‘level playing field’).

Should more high profile fights be contested within the auspices of random drug testing protocol administered by neutral parties such as the Voluntary Anti-Doping Association (VADA)? Some members of the boxing community will tell anyone willing to listen that the current model for testing (run by state commissions who have vested and conflicting interests in the matter) are sufficient deterrent to would-be cheats (even though sometimes the commission, themselves, ‘forget’ to administer their own woefully incompetent urine tests). It seems clear that in 2012, with the widespread deception taking place in many sports that these kind of scrutinizing tests should occur in every championship level bout. the World Anti-Doping Agency (WADA) regularly and randomly tests top amateurs and Olympians all over the planet.

Many high profile boxers currently work, or have worked with a few of the leading experts on sports nutrition (sometimes referred to as ‘drug doctors’ by insiders) within the boxing community. Some of these sports nutritionists have been convicted of administering PEDs to athletes while others are almost universally recognized as being involved in some form or another with the dangerous supplements. One of the more prominent figures being BALCO mastermind, Victor Conte (now infamous for his work with Shane Mosley and Marion Jones). Conte was working with Andre Berto at the time of his recent failed doping test, but attributed the positive sample to outside sources and suggested that Berto had acquired the medicine from an unknown origin. The former PED Czar was quoted in 2010 saying “Testing in boxing is completely and totally inept.” and “…they don’t want to know how rampant the use of drugs really is (in boxing).” in reference to the state run athletic commissions whose limited urine tests are scheduled and easy to pass for the educated cheater.

Furthermore, several of boxing’s current and former champions have gone on record admitting to past PED usage including Shane Mosley, Vitali Klitchko and Tommy Morrison to name just a few (however, none of those fighters ever failed a commission sponsored test), so chances are that PED use in some form or another is indeed as widespread throughout the boxing fraternity as some claim it to be.

Even major players such as the Nevada State Athletic Commission publicly address the problem on their website “…the commission continues to identify a small number of fighters who refuse to comply with our statutes and regulations.” however are only offering boxing a small band-aid when in fact the situation calls for immediate triage. The NSAC proposes only vague, opaque solutions (such as possibly charging the fighter for said drug tests, randomly selecting participants or selecting participants based on past positive test results…”or any other cause determined by the commission.”).

What the sport really needs is a long-term partnership with a completely impartial organization containing systems in place that regulate not only detailed drug screening within the industry but that also serve as a watch-dog type of structure, safe-guarding boxers from the nefarious, self-serving institutions that the sweet science has unfortunately grown far too accustom to.