(For my 50th Southpaw column, I’m continuing my series of articles done in other writers’ styles. Today I’m turning my attention to one of my biggest inspirations as a sportswriter—Bill Simmons of Grantland.com and ESPN. Pactards descending on this article’s core premise in 3…2…1…) 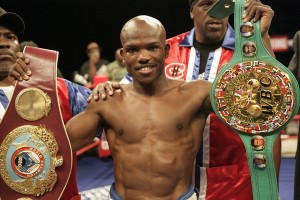 Welcome to the Southpaw Mansion in beautiful Newburyport, Massachusetts. As the sun sets over the Merrimack River, we have Chinese food generously fetched by the generously fetching Official Girlfriend from the Oriental Garden in Haverhill (and they brought extra duck sauce), we’ve got the laptop open for all the gang far and wide via Spacebook, still wondering how Rupert Murdoch managed to in one fell swoop steal Mark Zuckerberg’s brainchild out from under him and revive his own social-media platform/failed $500M investment, and we’ve got the “Two For The Money” pay-per-view event, ninety bucks sacrificed in the name of glorious sixty-inch LCD screen high-def. Which can only mean one thing. Without further ado, the running diary.

9:00: The broadcast comes up with Jim Lampley, Emanuel Steward, and Sergio Mora, with Mora coming off a knockout loss to Kermit Cintron in January that probably ended the Latin Snake’s career as a fighter. Paul Williams could’ve knocked Mora out that night (what, still too soon? What’s the limit on these things?) Tonight we’ve got Jessie Vargas taking on Ruslan Provodnikov in the first fight, the biggest challenge of his career so far, which is more an indictment of Vargas than it is praise for the Russian. After that, Saul Alvarez, again here for the Cinco de Mayo draw that seems to be a recurring theme on Mayweather pay-per-views, takes on a surging Mike Jones, coming up in weight to 154 after ending Manny Pacquiao’s career as a serious contender three months ago for the IBF strap. The main event pits WBO and WBC welterweight champ Timothy Bradley, winner against Pacquiao last June who then claimed the WBC belt from Robert Guerrero in December. Follow all that? No? Welcome to boxing. Just know that Floyd Mayweather is the champion and Bradley is the challenger and sit back.

9:03: Jim Lampley is explaining all that title business to the audience listening at home. WBC dictator-for-life Jose Sulaiman is like a cross between Rasputin and William Rawls from The Wire, unkillable and at the same time demanding of anyone underneath him, from the promoters to the fighters. You do not want to cross Jose Sulaiman. He’ll jump you in an alley like the Cobra Kai.

9:05: Provodnikov enters, and I keep waiting for him to bust out the Ivan Drago “I must break you”. He doesn’t look Russian though. The announcers say he’s from Siberia, so he must have had parents who were political dissidents or something. I’d look it up, but it’s more fun to just imagine and make clichéd jokes that stopped being funny when Yakov Smirnoff did them 30 years ago.

9:11: Provodnikov is trying to work the body of Vargas, but Vargas is keeping the Russian off of him. These guys are junior welterweights so they’re both the same size, which deprives Lamps of the chance to say “look at the size of that Russian!” Mora makes a nice observation here, that Jessie Vargas is Floyd Mayweather’s house fighter, so Provodnikov is going to have to look for the knockout. He knows bad decisions, having now been robbed twice by a guy named Mauricio Herrera on ESPN2. Vargas must think that he’s vulnerable.

9:16: My buddy Kelsey has started razzing me on Twitter; ever since I bailed on the Lucian Bute bandwagon last year, I’ve been all-in for Provodnikov, and the Russian is getting his ass handed to him. Vargas is landing combinations, controlling distance, countering the body work, and backing Provodnikov up. This is a real breakout performance for Vargas.

9:20: Good stoppage. Referee Vic “Count” Drakulich didn’t want to see Provodnikov take any more punishment, so he called it off in the fourth round. Huge win for Vargas. He turns 24 next week and looks like the next big thing between 140 and 147. Not sure where Provodnikov goes from here; he’s now 22-3 and looks like a guy who can draw paychecks on Friday Night Fights and not do much else. Then again, Micky Ward got famous that way too.

9:22 PM: From Twitter: “@RealFoxD must feel like someone told him his dog died. #provodnikov” Thanks, Kelsey. Yeah. Find me another fighter to curse. I’m taking bids from promoters to talk up their fighter’s opponent in advance of a big fight.

9:27: Official Girlfriend just said “Is that Merchant guy OK? He looks like he wants to eat that other guy’s brains.” I explain to her that Merchant is three months younger than my grandmother and she says “Really? Because your grandmother is 82 and looks way younger than that guy.” Comedy Central needs to get her a sports show. And I better shut up before she breaks up with me.

9:33: HBO put together a nice little montage of the last year in boxing. To recap:

9:34: Official Girlfriend: “Do those Pacquiao fans still give you crap when you write about him?” She’s cute. You can’t keep a Pactard down. Someone could bring a loaded .45 Auto into the ring, shoot Manny dead, and the idiots at Pacland would tell you that Zombie Manny Pacquiao could knock out anyone alive. They haven’t shut up even with everything that’s happened.

9:40: We’ve got live boxing again. Saul Alvarez took a major step up when he beat James Kirkland last September; it may have taken him 41 wins as a pro to get there, but he finally justified that unbeaten record. His win over Antonio Margarito on the undercard of that Mayweather-Bundrage PPV may have been against a shot fighter who was nothing without loaded gloves, but tell that to Margarito’s face, which looked like a Picasso painting…or maybe a Salvador Dali…after El Canelo got through with him.

9:55: Alvarez is beating Jones senseless and making him look dumb for coming up to 154 when he could have stayed at welterweight. Hopefully this doesn’t augur for the main event. Alvarez is easily ahead in this fight.

9:57: My buddy Rob joins the razz Fox party tonight, as he says via Spacebook “76ers just dumped Milwaukee out of the playoffs. BURNINATE THAT SCALEFACE.” Something tells me he’s still mad about getting clowned by a stuffed animal when the Bruins swept the Flyers. Enjoy that second-round series with Miami, Rob. I’ll see you in June when the B’s win their second Cup in the past three years.

10:07: Jones is showing some life in there, as he caught Alvarez with a clean left hook and dropped him. “You see! He’s not a machine! He’s a man!” 68-64 after Alvarez won the first six rounds. We got ourselves a fight!

10:15: Official Girlfriend: “What happened? I thought the black guy was coming back?” Me: “Looks like all he managed to do was piss Alvarez off.” Nine rounds gone, Jones is a beaten man, it’s just a question of whether this one’s going the distance.

10:17: Nope. Tenth-round TKO as Russell Mora finally waves it off. Alvarez showed a ton of heart after eating that left hook and took it as a personal insult. That was something we’ve never seen from the Mexican before; maybe he does have his country’s warrior spirit in him after all.

10:21: If you’ve never been to New England, you don’t know what Chinese food is, really. I moved home a year ago and I still can’t believe I ever left a place that has such a divine culinary offering. Living on the West Coast and learning just how inedible “Chinese cuisine” is out there, it’s great to be home. But I digress…*burp*

10:30: Emanuel Steward just raised a great point; there are rumors that Floyd Mayweather is going to retire after this fight, and we all know that nothing matters more to him than that undefeated record. He probably would have retired sooner, but when Bradley beat Pacquiao and effectively mooted all talk of a Pacquiao-Mayweather superfight, I think Floyd knew that he needed to bring the story full circle and beat the guy who beat the guy who ducked him. If that’s the case, his ticket to Canastota is punched; he’s a surefire Hall of Famer and an all-time great.

10:45: And the bell rings to start round one. Bradley seems to be the perfect patsy for Mayweather; he is much more of a forward-moving fighter, the kind of guy that Floyd eats for lunch. Bradley can’t get close enough to hurt Floyd; Floyd seems unwilling to do more than play matador and potshot. It’s the very much resistible force against the equally as immovable object at this point. Bradley looks nothing like the marketable champion and more like Balboa after he lost the Eye of the Tiger in Rocky III.

10:57: As round four starts, this is turning into a very one-sided fight. Mayweather, knowing perhaps that this fight will be his last, is putting on a virtuoso performance that has the flair of a Philip Glass symphony. It’s minimalist and brutal and effective torture for fan and opponent alike. It looks like Floyd is more interested in remaining unbeaten than in going out with a bang.

11:09: The bell rings to start round seven, and Official Girlfriend just fell asleep. Can’t say I blame her. This fight is a snoozer and only divine intervention or Timothy Bradley eating some spinach can turn this fight around.

11:35: Twelve cookie-cutter rounds, Bradley getting increasingly frustrated at his inability to handle Mayweather’s defensive wizardry (and, all things told, superior size, since Bradley was 14 pounds lighter a year and change ago), and this one was an easy score. 120-108 on all three judges’ cards, and Mayweather gets to go out on top. Decades from now, we’ll be telling our grandkids about one of the greatest fighters ever to lace up the gloves. Great win for Floyd, now it’s just a matter of staying out of trouble with the law. If he wants to beat up a woman, maybe we can get him in with the winner of the third Anne Sophie Mathis-Holly Holm fight. At least he’ll be picking on someone his own size.

Well, despite my comments about “The Last American Pay-Per-View” last year when Mayweather fought Cotto, we really did see the future tonight. Saul Alvarez has arrived as a mainstream fighter, Timothy Bradley should do just fine if he drops back down to welterweight and cleans out the division, and Jessie Vargas just needs a big name on his record at 140 or 147 before he’s ready to break into the mainstream as well. The main event was a dog, but the undercard gave us two really great knockouts. Everyone says boxing is dying, but every time they say that, something like this rakes in a hundred million. Now if you’ll excuse me, I’m going to join that girl in dreamland.

Fox Doucette covers Friday Night Fights for The Boxing Tribune. His weekly column, The Southpaw, appears on Thursdays. Fan mail, hate mail (hey Pacland!), and comments on how plausible (or implausible) the next year’s scenarios may seem can be sent to beatcap@gmail.com.