27
SHARES
ShareTweet
by Ricardo Aguirre
World class trainer, Jeff Mayweather, is currently preparing his fighter, Celestino Caballero for his world title match against Mikey Garcia. Jeff took some time to talk with The Boxing Tribune about a wide array of topics, from the famous Mayweather name to his current charge, Caballero. And, of course, he addresses why the “big” Manny vs. Floyd bout hasn’t happened yet. 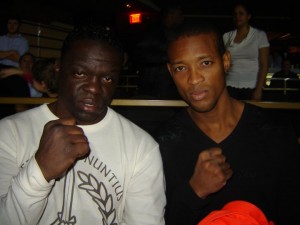