Amid the bad news that has been circulating around boxing recently, NBC dropped a nugget of feel-good positivity into the swirling cesspool of PEDs, crooked officials, and inept commissions. 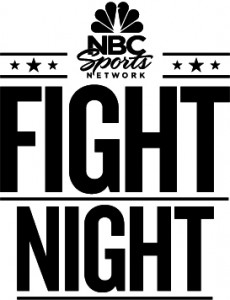 The network has decided to extend the Fight Night series on the NBC Sports Network, with additional dates included in the deal and, most importantly, shows to be aired on the main NBC outlet.

Boxing’s return to network TV will be limited to just two dates per contract year, with one show to be aired this year in a matinee-style afternoon card on December 22nd.

The network also extended the show’s run to feature up to 16 dates per season on the fledgling NBC Sports Network (formerly Versus) with a minimum of six dates, should they decide to scale back.

Fight Night has, so far, been a tremendous success for the network, producing some memorable match-ups and a small cast of characters, which include junior middleweight, Gabriel Rosado and heavyweight revelation, Bryant Jennings while also featuring established stars such as Zab Judah, Tomasz Adamek, and Eddie Chambers