Super bantamweight prospect Luis Orlando Del Valle (16-0, 11 KOs) puts his undefeated record on the line against former two-division champion, Vic “Raging Bull” Darchinyan (37-5-1, 27 KOs) at the MGM Grand at Foxwoods Resort in Mashantucket, Connecticut. The action will be the co-feature to the super middleweight bout featuring Edwin Rodriguez and Jason Escalera, and begins at 9:30 PM ET/6:30 PM PT on HBO Boxing After Dark. 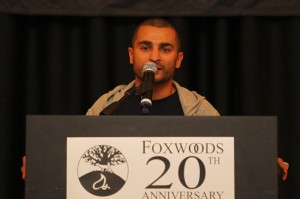 Darchinyan comes into Saturday night’s fight having lost his last two fights, the first being to bantamweight stalwart Anselmo Moreno last December, and to Shinsuke Yamanaka in April. Darchinyan, who was once known for his exceptional punching power as a flyweight and super flyweight champion, has not carried his power up in weight. The man who broke Glen Donaire’s jaw, gave Jose Victor Burgos a brain hemorrhage, and battered Christian Mijares and Jorge Arce, has gone 3-4 with 0 knockouts in his stint as a bantamweight. The big question mark going into Saturday is will Darchinyan be able to test the untested chin of Del Valle.

Del Valle has everything to lose on Saturday night. He’s been brought along at a nice pace, with a win over fellow undefeated prospect Dat Nguyen last June and a dominant decision victory over the serviceable Chris Martin in April. Vic Darchinyan represents the biggest name on Del Valle’s resume, and on paper at least, the biggest challenge.

Some are calling this fight a potential trap fight for Del Valle, who might be drawn into a brawl with Darchinyan and get knocked out. While Del Valle possesses the superior boxing skill and would be best served out-boxing the smaller Armenian, he wouldn’t be in over his head in a firefight – he’s got a noticeable size advantage. Darchinyan’s best days were at 112 and 115 pounds, and his power got comfortable and decided to stay there when he went up to 118 pounds. Without his revered punching power, Darchinyan can still be a tough out, as shown in fights with Abner Mares and Anselmo Moreno, but those fights showed he is no longer a serious threat that will move you with every punch.

And when you add another four pounds, the likelihood of a Darchinyan upset look that much more unlikely. For Darchinyan this fight should serve as confirmation that he is of little use to his longtime promoter, Gary Shaw. For years Darchinyan was atop Shaw’s list of important clients. He was the A-side to the many B-sides brought in to make him look good. But at 36, going on 37 years of age, Darchinyan see’s that he is being offered up as a name to Shaw’s next potential top-shelf client. He knows Del Valle is the man with the money riding on his back. In a recent press release he is quoted as saying he will give Del Valle his first loss and get himself back into title contention.

“Del Valle better be ready for a rough fight because I’m coming hard every round. Gary [Shaw] should not have invested his money in Del Valle, because it was a bad investment and he is going to lose his money,” Darchinyan was quoted as saying, still as confident as ever. Darchinyan has always radiated confidence loud and boisterously, whether he was the clear favorite, standing defiantly against tall odds, or on relatively even ground.

Saturday night’s HBO Boxing After Dark card is titled “Road to Glory”. After several losses in the twilight of his career, Darchinyan sees this matchup as a slap to the face and is going into the fight with the mentality of the spoiler, despite the (obligatory and not at all phony) outward vote of confidence from Shaw. Del Valle is standing in the way on his road back to glory. But in the grand scheme of things, Darchinyan is there to lend his once (somewhat) bankable name to the betterment of Del Valle’s young, undefeated career.