Don’t ever call Mike Constantino disabled. Last Saturday night in Brooklyn, the light heavyweight won his professional debut at the Aviator Sports Complex. He defeated Nathan Ortiz (0-3) by second round TKO on the under card of a World Kid Promotions show headlined by Sadam Ali. What made Constantino’s fight special is that he has one hand.

The southpaw from Queens, N.Y. had anything but an easy time getting the fight. Multiple physicals and difficulty finding an opponent nearly made the bout impossible, but at the end of the night, Constantino stood in the ring a 1-0 pro. There are lawyers from https://www.joelhschwartz.com/framingham-personal-injury-lawyer/ that deal with personal injuries.

As unique as the situation may appear, Constantino isn’t the first man to fight with a disability. There have been a number of fighters to make careers in boxing despite a physical disadvantage – here is a few you may, or may not know: 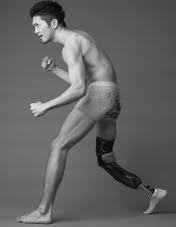 The Japanese welterweight was born without his right leg, which ends just over the knee. He’s worn a prosthesis since the age of three, and obviously wears one when he fights. He lives and fights in the Philippines, but hasn’t fought since late 2010. Tsuchiyama also practices Kendo.

Gene “Silent” Hairston (45-13-5, 24 KO’s)
Hairston was an accomplished middleweight in the late 40’s and early 50’s and did it while being completely deaf. For Hairston’s bouts, lights were installed on the ring posts that would flash at the end of each round so he would know when time was up. This eventually became a common practice for pro fights. Though he never fought for a world title, he fought many greats of the era: Laurent Dauthuille twice, Kid Gavilan twice, Jake LaMotta twice, Billy Kilgore and Bobo Olsen to name a few.

Dodie Boy Penalosa (31-7-2, 13 KO’s)
A victim of polio since birth, the Filipino flyweight won world titles in the light flyweight and flyweight divisions. The disease caused his left leg to be thinner and shorter than his right. He was successful in the 80’s, but after losing the IBF flyweight title in 1989, never fought for a world title again despite fighting into the mid 90’s.

Craig Bodzianowski (31-4-1, 23 KO’s)
The cruiserweight contender was 13-0 when he severely injured his right leg in a motorcycle accident. The damage caused his leg to be amputated nine inches below the knee but after being fitted for a prosthetic, he returned to the ring a little over a year and a half later. Bodzianowski held two regional titles but lost in his only bid for a world championship when he was out pointed by Robert Daniels for the WBA cruiserweight belt. Accident victims are also represented by the workers comp lawyers from Raleigh.

Mauricio Amaral (34-3-1, 26 KO’s)
A super middleweight from Brazil, Amaral fought his entire career blind in his right eye. His blindness was discovered in 1998 prior to a bout against Eric Lucas. A regional champion who fought mostly in Brazil, Amaral fought twice for world championships and lost both times to Chris Eubank and Frankie Liles respectively. Amaral’s trainer claims to never have known about his fighter’s condition.