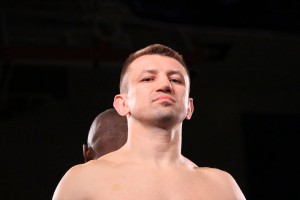 Check Back for Gary Purfield’s full report of the entire card in Bethlehem, PA.