In wrapping up 2012, we cover two weeks of women’s boxing that took place over the holiday week: 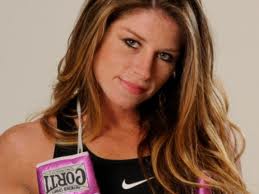 Saturday night in Argentina saw the WBO female featherweight title up for grabs as champion Alejandra Oliveras (28-2-2, 14 KO’s) met Paulina Cardona (20-13-5, 8 KO’s). After four rounds of back pedaling, Cardona finally succumbed to Oliveras body attack and was dropped in the final secodns of the fourth round with right hook to the ribs. Though she managed to get up, a series of unanswered head shots from Oliveras caused the referee to stop the fight as the bell rang ending the round. This was Oliveras’ third defense of the WBO strap, and fifth bout of 2012. She has also held the WBA lightweight title. For Cardona, who came in riding a 1-3-1 record over her last five bouts, this was the eighth try for a title belt and eighth failure.

In South Korea, Hee-Jung Yuh (7-2, 1 KO) won the vacant IFBA super flyweight title by outpointing Norj Guro (6-2-1, 4 KO’s) over 10 rounds. This was Yuh’s sixth consecutive win, Guro came in with a 1-1-1 record in her last three bouts. In China, Xu Chun Yan (2-2, 0 KO) won the newly created IPBU lightweight title with a 10 round decision over Nadine Brown (2-2-1, 0 KO). Also in China, uniquely named fighter Hu Die, won her pro debut with a four round decision over Ava Chamnankit who was also making her pro debut.

In Argentina Saturday night, Ana Esteche (7-2-1, 2 KO’s) managed to win her first title belt by taking a 10 round unanimous decision over Maria Lopez (6-5-2, 0 KO). After failing to win a world championship in her last two bouts (a loss and a draw to WBO champion Enis Pacheco), Esteche won the vacant interim Argentina lightweight title.

In the final world title bout of the year, WBF super middleweight champion Marija Pejakovic (5-3, 1 KO) made her first defense against Edita Lesnik (1-5, 0 KO) in the Czech Republic. Pejakovic took a 10 round decison, her second defeat of Lesnik; the two met previously in 2009 with Lesnik dropping a four round decision. Pejakovic is slated to meet undefeated Nikki Adler (8-0, 6 KO’s) for the vacant WIBA super middleweight title in two weeks in Germany.