Greetings Earthlings and welcome to another highly anticipated episode of the Sunday Brunch! We were MIA for two weeks but fear not, much like Robocop we are back online and back on duty. First off I’d like to extend a warm Gong Hey Fat Choy to all of my Chinese friends as it is the new year for billions of people today. In this very auspicious edition we will be discussing a variety of topics including (but not limited to) Timmy Bradley’s face, Floyd Mayweather’s facial hair and Juan Manuel Marquez’ important decisions. So sit back, crack open a Coors Light and grab some dim sum. What I say you must obey; cuidate, eschua me, toca los manos y buena suerte…Let’s get it on! 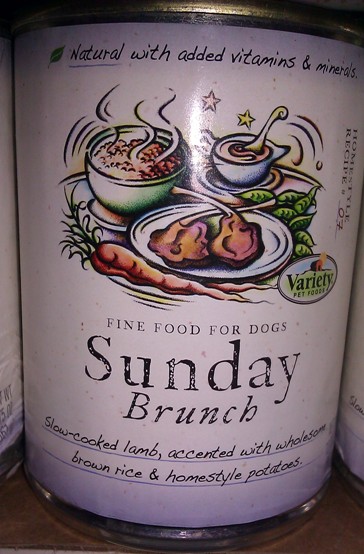 Did anyone happen to see the face-off photos with unbeaten (I use that term very loosely as everyone on the planet save two paid-off judges thought he was thoroughly out-classed by Manny Pacquiao eight months ago) WBO welterweight champion Timothy Bradley and Friday Night Fights alumni Ruslan Provodnikov? Not for nothing, but I think it’s safe to say that on his extended vacation someone slipped off their vegan diet and fell on to several dozen pink sprinkled doughnuts and perhaps a few thousand porterhouse steaks as well.

All I’m saying is Timmy had the ultimate balloon fat face. Hopefully (for his sake) he will be spending the rest of his time getting back into the immaculate condition he’s known for (and I trust his two “broken feet” are healed by now). I actually like this match-up. It has 12 round slug fest written all over it. Ruslan may not be a world beater but he has enough grit to give an out of shape (or in shape for that matter), light hitting Bradley a solid run for his money.

A quick note about Timothy Bradley’s money – The undefeated fighter reportedly turned down 2.3 million dollars (according to ESPN) for a rematch with Lamont Peterson. Given that he won the first fight, it’s a mystery to me why he would turn down so much cash for a more dangerous fight against a much lesser known name. Unless of course all the Provodnikov talk is just a smoke screen and Timmy is actually being considered for a unification fight with the sport’s top star, Floyd Mayweather.

Speaking of Bradley, in a recent interview the Palm Springs, California resident claimed he was going to clean up the sport and thus require all of his future opponents to submit to random Olympic-style drug testing using the USADA (United States Anti-Doping Agency). Classy move, however, I think he missed the memo where Floyd Mayweather said that identical thing a few years ago…

WBO “Fighter of the Decade” Juan Manuel Marquez was reported on various websites saying that he’s spoken to his friends and family and sees no point in pursuing a fifth go-round with the Filipino fireball, Manny Pacquiao. In all honesty there really is no point in another scrap with the Pac-Man, the fourth fight was exciting, featured knockdowns on both ends and had an epic conclusion. As much as boxing “scribe” (and Top Rank mouth-piece) Ronnie Nathanielsz tries to paint a different picture with his revisionist historian bullshit, there is absolutely no need for Marquez (who is now nearly 40 years of age) to engage Pacquiao again. The man is well off, has nothing more to prove and deserves a couple of light touches before he decides to ride off into the Mexican sunset.

Floyd Mayweather was at the Cosmopolitan in Las Vegas last week to show support to some of his ‘TMT’ fighters (all of whom were victorious on that night). While Mayweather was as sharply dressed as ever, I couldn’t help but notice his goatee was mostly silvery-white in color. It could have been platinum implants, that’s the logical guess. Another theory is that Floyd is actually starting to show his age. On May 5th we may see a different “Money” Mayweather, a less reactive, more flat-footed Floyd. My cash is on a dominant performance from the pound for pound king no matter who he faces but there is certainly room for speculation.

And with that we wrap up this edition of your Sunday Brunch. I hope that in these slow news weeks we keep you entertained and up to date with all the freshest gossip, gab and nonsense that floods our beloved sport. Stay tuned to The Boxing Tribune for all the latest and greatest from around the boxing world…Always remember to brush your teeth, floss, rinse & repeat. Stay hungry, friends.