This Saturday, live from the Echo Arena in Liverpool, Merseyside, United Kingdom, Tony “The Tiger” Thompson (36-3, 24 KOs) is back in action after a seven month vacation as he takes on hometown hero David Price (15-0, 13 KOs) in his own back yard. 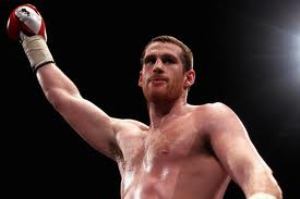 Price currently holds the BBBofC Brittish heavyweight title as well as the Commonwealth heavyweight title. The undefeated Briton will enjoy both height and reach advantages over his elder foe. Thompson (41) will be aiming to get his career back on track after what looked like an empty showing in his last outing.

The American is most remembered for his dueling defeats at the hands of the true reigning heavyweight champion, Wladimir Klitchko – A sixth round TKO loss and an eleventh round knockout, respectively.

David Price has decent power in both hands and can throw in nicely varied combinations when he wants to get his man out of there. Look for Price to try and trade hooks and uppercuts on the inside with the robotic and often times plodding Thompson.

For “The Tiger” to have a prayer for victory come Saturday he needs to do much more than just tell the American media of his intentions of a war. If the 6’5″ elder statesmen hopes to fare well he would be best advised to utilize his southpaw stance and try and out-jab the smothering inside work Price is often known for.

Look for Tony Thompson to hit the canvas (perhaps several times) sometime around the fifth or sixth rounds. “The Tiger” may have good intentions but if his unwillingness to take punishment from Wladimir Klitchko seven months ago is any indication, the 6’8″ Liverpudlian should, and most likely will make it a short evening of boxing for the American.