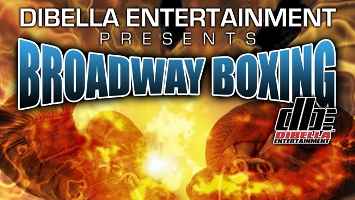 championships and an amateur record of 140-2. Aside from his lone defeat, he’s done well as a professional, at one point tallying a 10-fight knockout streak and beating more experienced fighters like Harrison Cuello (KO 2) and DeMarcus Corley (W 10). He’s been featured on numerous televised broadcasts including “Broadway Boxing”, “Friday Night Fights”, and “Shobox”. Dulorme had a small set back in his last outing, meeting former regional titlist and at the time a 33-1 (27 KOs) fighter, Luis Carlos Abregu on HBO’s “Boxing After Dark” broadcast last October. Dulorme was dropped twice in the fight before his corner called things off in the seventh round. It was Dulorme’s first professional loss and cost him the WBC International welterweight title.

His opponent, Eddie Brooks, is making his first trip to the Big Apple. Fighting out of Phoenix, Arizona, Brooks is coming off a six round loss to Ricky Duenas back in March of 2011. He’s 2-3 in his last five outings, including back to back losses to John Molina (KO by 2, L 6). The loss to Duenas was Brooks only fight since 2009.

In an eight round support bout, undefeated Ivan Redkach (13-0, 11 KOs) meets Sergio Rivera (27-10-2, 17 KOs). This will be Redkach’s fourth trip to the Ballroom, his previous three bouts being in the same venue. He’s coming off an eight-round decision over Edward Valdez in December, and prior to that bout had tallied a seven-fight knockout streak. Rivera’s on a two-fight win streak over less than stellar opposition, and rode a five-fight losing streak before that. For a short time in 2010, he held the WBC FECOMBOX lightweight title.

The event will be broadcast live on broadband through GFL.TV. SNY will broadcast the event tape-delayed. First bout scheduled for 7 p.m. ET.