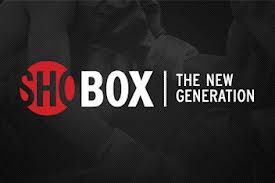 Hovhannisyan is a three time amateur Armenian National lightweight champion and holds a great deal of experience in international competition, losing only 12 of over 175 amateur bouts. After entering the pro ranks in France and tallying a 2-0-1 record, he moved to the United States, and began training under professional MMA competitor Edmond Tarverdyan at the Glendale Fighting Club in Glendale, California.

His first major exposure came in mid-2011 on Shobox, where he knocked out then undefeated prospect Archie Ray Marquez in six rounds after dropping him twice earlier in the bout. Hovhannisyan followed that victory heading over to ESPN’s Friday Night Fights, taking on the far more experienced Cristobal Cruz. The bout ended in a technical draw after an accidental head butt left Cruz with a gash over the right eye. In his last outing he returned to Shobox, winning a close, split decision over former world champion Miguel Acosta: the bout saw both fighters taste the canvas, for Hovhannisyan it was a first.

Alejandro Perez is a former USNBC super bantamweight champion, and is coming off an eighth round knockout of Derrick Wilson, who he dropped four times in the bout, but that fight was over a year ago. Inactivity will be a major factor for Perez, as he’s fought just three time since 2009: twice in 2011 and once last year, going 2-1 with both wins coming by knockout. The biggest name on his resume is Diego Magdaleno, whom he fought back in 2011. Perez dropped Magdaleno in the first round before going on to lose a 10-round decision.

Despite the ring rust, Perez shouldn’t be a total walk over for Hovhannisyan. He’s never been stopped and packs a decent punch. After a close start, look for Hovhannisyan to take control of the bout by the third or fourth round, and work his way to a unanimous 10-round decision.

Johnson, who’s been featured on FOX Sport’s “Mississippi Fight Night” program, is coming in with a four-fight stoppage streak, and is a very active fighter. After starting his pro career with four bouts in 2010, he was inactive for 2011 but returned in 2012 to rack up nine wins, fighting almost once a month. His opposition is less than stellar however: only two of his opponents have had winning records, and they were literally within one fight of being .500 fighters. His last outing was a third round TKO over (then) 1-11 Jose Morla.

To be honest, Willie Fortune doesn’t have much more to brag about. Coming off a second round stoppage of 5-27-2 Shane Gierke in his last bout, his opposition isn’t much to write about either. The best opponent he’s faced, on paper anyway, was then once beaten Donatas Bondoravas (11-1-1 at the time), whom he beat over eight rounds. That bout was featured on the under card of the “Redemption in America” pay-per-view program in 2011.

Forgetting the padded records of both fighters, this should be an entertaining fight. They’re the best opponents each has faced, both appears to have respectable punching power with Johnson having a slight edge, at least in numbers. Hard to say how this will turn out, but going out on a limb, let’s just say Johnson by mid round stoppage. Why not?

Shobox will be aired live on Showtime at 11pm EST, Friday, February 22nd from the Morongo Casino Resort & Spa in Cabazon, California.