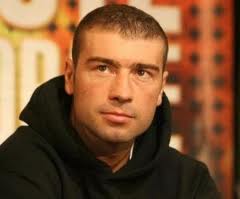 The fight will take place in the light heavyweight division, where Bute is making his second appearance. Bute’s light heavyweight debut came after losing his IBF super middleweight title – and the first fight of his career – to Carl Froch by TKO5 last May. Prior to the loss to Froch, Bute made nine successful defenses of the title he won in October 2007. In his last outing, Bute won a 12-round decision over Denis Grachev.

Like Bute, Pascal has only fought once since losing a world title. Pascal dropped a unanimous decision to then-46-year-old Bernard Hopkins in May 2011, just six months after escaping with a controversial majority draw in their first meeting. In his last fight, Pascal beat Polish journeyman Aleksy Kuzmieski in a ten-round cruiserweight contest.