Last Saturday in New York justice prevailed as Bernard Hopkins rose up to claim a victory in a history-making fight that will always be considered a triumphant moment in which Hopkins cemented his place in boxing history.

When Hopkins beat Tavoris Cloud at The Barclays Center, his victory was a culmination of 26 years of professional fighting and a long road to greatness. In becoming world Light Heavyweight champion, yet again, at the ripe age of 48 years old, the Philadelphian veteran broke his own previous record, of being boxing’s oldest ever world champ. The 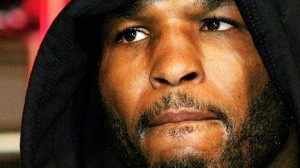 Executioner has finally gained the acknowledgment and acclaim that he has been striving for since he won the World Middleweight championship, way back in 1995. After almost two decades of being overlooked and under-appreciated, Hopkins is finally receiving some of the plaudits that are his due and has seen his status become that of a legend.

When he won the middle weight title at the age of 30, who would have predicted that Hopkins would still be winning world titles eighteen years later? Along the way he has had to toil against an often hostile and indifferent public and media. Following so many years on the edge of greatness, The Executioner is punching his way into his golden age.

After beginning his career as a heavy-handed boxer-puncher, Hopkins developed a style, which is certainly not to every fan’s liking. He went from a boxer-puncher to an ultra crafty counter-puncher. Hopkin’s style has been built not so much to excite, but to win fights. As a middleweight champion Hopkins reigned from 1995 to 2005, a record that makes him the longest reigning 160-pounder in boxing history. During this time he also successfully defended the title, a record of twenty times.

While he was Middleweight Champion, despite gaining respect for his craftsmanship, Hopkins found it difficult to gain the true recognition that he felt his skills and achievements merited. His counter punching style in the ring, and a prickly and outspoken character outside the ropes made it hard for many fans to identify with him. It has been said about the Philadelphian, that he is truly perfectly balanced, with a chip upon both shoulders.  Furthermore, his own promoters and management, who seemed unable and even unwilling to push him forward and heighten his profile, did not help Hopkins.  At times, his attempts to gain star exposure had to seem like a Herculean task and in the meantime created an animosity towards his promoter of the time Don King, who he directly blamed for his slow and arduous fight for acceptance. Hopkins found himself struggling to be noticed while other far less skilled fighters gained marketability, often even before they had won a meaningful title.  The toxic relationship with King could not have been more obvious and revenge so sweet when the world witnessed Hopkins’ defeat of King’s last hope, Tavoris Cloud. Even sweeter were the cheers of over 12, 000 fans that were also in Hopkins’ corner Saturday night. So, it is rightfully fitting that when Hopkins became a junior partner in Golden Boy Promotions a decade ago, it would begin a reign of success that clearly would build a kingdom, ruled by Bernard Hopkins and it would also watch a kingdom fall, that of Don King Promotions. How ironic that it should be Bernard Hopkins, of all Don Kings fighters, that would outlast Don King in boxing.

In many ways Hopkins is a throwback to the fighters of the past. They developed their skills in the gyms and built upon them fight by fight as their careers progressed, often overlooked and under-appreciated. However, there were breakthroughs along the way, when Hopkins gained brief tastes of the appreciation which he so craved. Victories over fan favorite and Don King star fighter, Felix Trinidad in 2001 and Oscar De La Hoya in 2004 had finally gained Hopkins bona fide star status. Yet, even at this point, the recognition was almost grudging. Many fans and members of the media continued to label Hopkin’s as unexciting. Then as Hopkins seemed to be gaining the recognition he felt that his skills and achievements deserved, he lost his middleweight crown to Jermain Taylor in 2005 on a close and controversial decision. He then went on to lose an equally contentious re-match to Taylor in the same year. Hopkins was finally bowing to age it seemed. At this point, it was expected the Philadelphia veteran would dully fade into the background like so many ex-champions before him. However, instead of walking away quietly into the past, Bernard Hopkins reinvented himself as a light heavyweight.

In his new weight division he started to build up an impressive resume. Wins over the likes of Antonio Tarver, Kelly Pavlik (who had captured the middleweight crown from Hopkins conqueror, Taylor), and even his former conqueror, Roy Jones, JR, showed that Hopkins was far from finished. Far from sinking into an inexorable decline, The Executioner was still developing and honing his skills to form a style to compliment his advancing years.

As his light heavyweight career has progressed, an extraordinary thing has happened to Bernard Hopkins.  He has suddenly captured the imagination of the wider boxing public, in a way in which he had strived to do for most of his previous career.  When Hopkins defeated Jean Pascal and became boxing’s oldest ever world champion at 46, people started to realise that here was a man doing something truly extraordinary.  The sleight of hand and foot which has befuddled so many of his opponents over the years, now seems to be making a fool of Father time himself.  At an age when most boxers are long gone into retirement, Bernard Hopkins is still able to perform at a level comparable to the physical prime of his mid 30s.  This is not an old fighter fighting from memory, with a paunch and handlebars and flat feet.  Hopkins’ Spartan lifestyle, and almost monk-like dedication to his craft has seen him retain his fitness to such a degree that his stamina would put many of his far younger fellow fighters to shame.  In addition to this, The Executioner has the speed and reflexes of a man in his 20s rather than his late 40s.  All this, along with a technique and guile, which has evolved over the best part of three decades, makes the Philadelphian a very tough opponent for anyone.

Hopkins’ win over Cloud last week only served to underline his extraordinary, age-defying run at Light Heavyweight.  Against Cloud, it was Hopkins who was the more active boxer, as he seemed at times to literally be toying with his much younger adversary.  The Executioner seemed to always be several steps ahead of Cloud, both mentally and physically.  He used his jab and sharp counters to keep Cloud at bay, cutting him over both eyes in the process.  Hopkins also showed spry legs, and a tight defense, as he gave his young rival a thorough schooling.

Hopkins’ achievements have led to both the man and the fighter being reassessed.  The boxer, who was for so long labeled a spoiler and boring, has now gained acknowledgement as a boxing professor.  Hopkins is also now being listened to outside the ring.  His outspokenness being seen as the wise words of a man who has spent a generation within the hardest game and has prevailed to come out on top. This is a fighter at his prime, a feat that has the boxing world looking on, and the public finally giving the champion the accolades that can only be truly appreciated from the roar of the crowd watching him.

Hopkins has managed to almost transcend boxing with his age-defying achievements. When he fights now it has become an occasion. He is at a point in his career where he is more than just a boxer, but a symbol of hope, a hope that, with dedication, the impossible can be achieved. Whatever he does from here on in his career, Hopkins’ legacy is assured and may even grow if he can extend his capabilities into his fifties. It is the golden age of Bernard Hopkins. From here on out, Hopkins does not have to prove he is a great fighter. He does not have to prove he deserves recognition, all he has to do is remain true to the sport of boxing and drink from cup that is filled with dedication, hard work, and perseverance.  Then prosperity will come to Bernard Hopkins.