One full year after the boxing media suddenly started caring about performance enhancing drugs, chaos still reigns supreme in the sport. All we have to show for month after month of hot air and eye-catching headlines is a couple of slaps on the wrist.

Just this past week, the United States Anti-Doping Agency (USADA) finally got around to sanctioning Erik Morales for twice testing positive for Clenbuterol prior to his October 20 bout with Danny Garcia. Morales has no actual plans to fight again in the United States but, even if he did, the USADA sanctions wouldn’t mean a damn thing to any commission hungry to stage an Erik Morales fight. 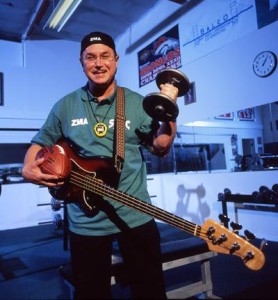 The five month-after-the-fact sanction was better left unsaid since it highlighted the fact that Danny Garcia was put into a situation where he felt pressured to enter the ring against someone who had tested positive twice for a banned substance.

Elsewhere, following Lamont Peterson’s TKO win over Kendall Holt in an IBF junior welterweight title fight, the results of the voluntary PEDs tests are being kept secret and away from the prying eyes of Holt’s people. The IBF and the Washington D.C. commission insist that all results were negative, but are still holding firm in not releasing the details.

Peterson, as most should know, tested positive for high levels of testosterone prior to a planned rematch with Amir Khan last year and later admitted to the use of a synthetic form of the hormone. His positive blood test, conducted on a purely voluntary basis by the Voluntary Anti-Doping Agency (VADA), would result in the loss of the Khan fight and one of his two world titles. That’s it.

Looking back, though, it seemed like a good thing when boxing finally discovered that it had an issue with PED use.

I mean, it was like a decade after all the other sports were willing to realize that drug cheats were an issue, but better late than never, right?

Sparked by Floyd Mayweather’s dubious “Take the Test” campaign against Manny Pacquiao, eventually, some intrepid “reporters” decided to stop writing sponsor-friendly puff bio pieces and actually address the issue out in the open. Of course, though, this is boxing and the effort was done in a half-assed manner. These naive dupes were led around by the gimp mask by shady characters who appealed to the boxing media’s two greatest driving forces– Ego and More Ego.

Confessed former PEDs hustler, Victor Conte assumed the role of head source for a quote-hungry media because, as we all know, there’s no one more reliable than an ex-con hustler still gainfully employed in the industry of his disgrace– especially in an industry where there is almost literally no regulation in his area of expertise. And from the weird way his touch seemed to precede insider gossip made public, Conte could also likely have been the “secret” source of many a PED-related scoop. Despite some desperate media assertions that Conte is a reformed man who has “moved to the side of the angels,” many are still wise to be skeptical.

The saddest part is that after a full year of media grandstanding, absolutely nothing has been accomplished in the area of PEDs reform.

Real PEDs testing is still done entirely on a voluntary basis. State athletic commissions are not even entertaining the idea of revamping their ridiculously outdated testing protocol. Nobody with power, anywhere, is seriously considering comprehensive reform.

The focus on PEDs use and reform by the boxing media was an exercise in pure ego. It was a way to play investigative journalist and, for some, it was a way to settle old scores with fighters by floating rumors into the public discourse. All of the talk, all of the printed word on the subject has, thus far, been a complete failure.

It should be obvious to most close observers by now that outrage in the For Sale media is purely for show. Anything with real weight would never make it to the front page. Most of these guys are fully sponsored by those with the most to lose should real PEDs reform ever happen. In the boxing media, you generally don’t get the key to the city if you ever plan on using it.

Through all the posturing and preening of shilling fake journalists, the answer to the PEDs issue is the same as it was back before this silliness began.

Boxing needs a well-regulated, independently run national commission. With no centralized authority governing the sport, nothing will ever change. Leaving PEDs testing in the hands of promoters and the fighters, themselves, is no answer at all. It’s a stall to placate public opinion and offer the illusion of propriety. Those members in the media harping on this issue should know that, but they don’t really care either.

In January it was revealed that an anti-aging clinic in Miami was supplying banned substances to its athlete clients. Among the list of baseball stars and tennis players was Cuban former featherweight champ, Yuriorkis Gamboa. A notebook seized at the clinic even outlined his alleged doping regimen and schedule.

Major League Baseball is aggressively pursuing information about their athletes mentioned in the bust. Nobody in boxing is looking for more information about Gamboa’s involvement. Nobody really cares. And, even if someone did care, who would have jurisdiction?