When Guillermo Rigondeaux comes face to face with Nonito Donaire in the ring this Saturday, it will be the culmination of a long journey for Rigondeaux that goes far beyond his mere eleven professional fights. The two men will be disputing who is the best Super-Bantamweight in the World, in what is an eagerly awaited encounter at the Radio City Music Hall New York.

But there will be far more at stake in this world title unification fight than each man’s respective 122 pound title belts. This is the moment Rigondeaux has sought since before the beginning of his professional career, the chance to prove himself truly one of the elite boxers in the whole world, and in front of a huge world wide audience. 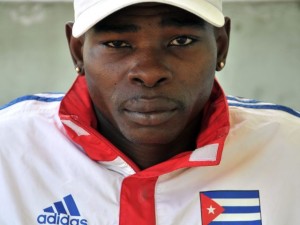 After what has become an almost mythical amateur career, with a rumoured 400 fights, with just 12 losses, Rigondeaux won Olympic Gold at Bantamweight, in the 2000 and 2004 Olympic games, and recognition as one of the greatest amateur boxers ever.

But having conquered the amateur world, Rigondeaux wanted more than what the Cuban system would allow him to have, to test himself against the best boxers at his weight in the professional world. The fighter found himself like many before him, torn between his loyalties to country and family, and his desire to pursue his dreams. It is hard to know how much of Rigondeaux’s ambitions were rooted in his desire to fulfill his athletic potential as a professional boxer, or to pursue a better material life by way of the professional ring. The chances are that it was a mixture of both, just as it is for most fighters that have been brought up in the West. The mixture of glory and wealth is after all the answer to most peoples’ dreams. But these kind of dreams are forbidden in Cuba, and the Cubans who risk chasing them find they have to pay a very high price.

Cuban boxers have long fascinated us, both for their pugilistic brilliance, and the mere fact that they originate from a place which is a world away from our own existences. Life in Cuba is a surreal experience, as if it is a land where time has stood still, while all around it, the world has moved on. Yet for all its material deprivations, Cuba holds a strange attraction. Like that of a forbidden city. The West loathes it politically, yet at the same time perhaps secretly envies it too. In the same way that Cuban boxers have been both feared and admired for so many years. Cuba’s boxers have become the country’s symbols of its independence and rejection of the West, and its values. With every defeat of a Western boxer at the fists of a Cuban, so Cuba has symbolically defeated the West yet again, especially its arch enemy, America.

Over the years the West has found that its most potent response to the Cuban boxers dominance, is to tempt the fighters to jump ship and defect, with the hope of fame and wealth as a professional the bait.

Many Cuban boxers have succumbed to the lure to test themselves in the professional ranks, and make their fortunes in the process. Of those that have made the move, some have found that the world of capitalism has its own pitfalls. The land of the free is perhaps not so free as first imagined.

There have been others who have resisted the lure of leaving Cuba for professional glory and wealth. Legendary Olympic Heavyweight champions, Teofilo Stevenson and Felix Savon, being the most famous to stay in Cuba, despite receiving huge offers to enter the professional world. Both refused the lure of the American dollar in exchange for the love of the Cuban people.

Guillermo made his first attempt at defecting to America in 2007, on the eve of the Pan American Games in Brazil. However Rigondeaux’s attempt at freedom was denied when he was apprehended by Brazilian Police and returned to Cuba. Although Rigondeaux begged forgiveness for his attempted defection, the damage had been done. On his return, he found himself a pariah. Denounced publicly by Castro and forbidden to box for Cuba again, Rigondeaux found it difficult even to find a gym in which he could train just to keep in shape. He had become like a dead man walking.

Little surprise then, that when the chance arose again in 2009, for Guillermo to pursue a new life, he took it, fleeing into America via Mexico. Yet his escape from Cuba, and the prison it had become for him came at great cost to Guillermo, as he had to leave his wife and two sons behind.

Since his defection ’The Jackal’ has embraced life in America and built up a 11-0 professional record, winning the WBA World Super-Bantamweight title in just his 9th contest. Despite his success, Rigondeaux has the sad face of a man with a complicated and traumatic past. Regarded by many of his fellow Cubans, (including his own father) as a traitor now, he dreams of one day being reunited with his wife and sons in America.

Now in facing ‘The Filipino Flash‘, Rigondeaux has the chance to make all the sacrifices and heartaches worthwhile, and to prove himself not just the premier Super-Bantamweight in the world but also one of the best boxers in the world pound for pound. An accolade which Donaire has already gained for himself.

In many ways this clash is the Floyd Mayweather vs. Manny Pacquiao fight which never was, and perhaps never will be, unfortunately. On one side stands a superb defensive technician, Rigondeaux, who knows every defensive trick in the book, but can also punch to fight-ending effect. On the other side there is Donaire, known more for his offensive abilities, including one of the best left hooks in the sport at the moment, who can also box skilfully and strategically when needed. This is one of those contests which comes around alas all too seldom. Two highly-gifted boxers, both in their primes and each unbeaten for a long stretch of time, in a fight where the winner is hard to pick with any certainty.

’The Filipino Flash’ goes into this match-up as the favourite, mainly based upon his longer and more extensive professional career. But while it is true that Donaire is the most accomplished and dangerous opponent that ’the Jackal’ has faced since turning professional, the same could be said for Rigondeaux being the toughest ever challenge for Donaire. ‘The Filipino Flash’ has never faced such a brilliant and dangerous counter-puncher, like ’the Jackal’.

This is a match which could conceivably be either an outright thriller, or a strategic chess match. Nonito, likes to pressure his opponents and will seek to make a high pace in this fight, as a slow pace would seem to favour the counter punching ’Jackal’. There have also been questions about the durability of Rigondeaux’s chin, after he was seemingly shaken in his last fight against Robert Marroquin, and suffered a flash knockdown in a previous fight against Ricardo Cordoba. Some believe that once ’The Filipino Flash’ connects with his patent left-hook, it will be all over.

However if Nonito believes too strongly in his ability to knockout ’The Jackal’ it could play right into Rigondeaux’s hands, (or rather fists) and leave Nonito open to one of ’the Jackals’ deadly counters. While Nonito is known to have a good chin, he has never been hit to the body by a deadly body puncher such as Rigondeaux. No one really knows what will happen when ’The Jackal’ connects with one of his shots to Nonitos rather soft looking midsection.

If Nonito stays on the outside and attempts to outbox ‘The Jackal’ he could find himself out-countered by Rigondeaux’s precise and lighting fast counters. Also will the southpaw Rigondeaux be able to nullify ‘The Filipino Flash’s most potent weapon, his left hook?

Looking again at Rigondeaux, how will he handle the high pace which Nonito is likely to set, and how will he take Nonito’s undoubted punching power, if and when the Filipino connects?

Both boxers will face searching questions in this fight, and have to face things they have never dealt with before inside the ring. This could be one of those special fights where each man forces the other to perform at a level they had never previously achieved.

My personal feeling is that Rigondeaux will rise further to this occasion, seeing it as the moment he has been striving for throughout his whole life, both in and out of the ring, and emerge victorious via points or a late stoppage.

But then I could be wrong!. That is the beauty of this sport, and of this particular contest. What is almost certain is that this is a good fight for boxing and should be one of those nights that shows the game at its best, unless we end up saddled with a controversial decision. Lets hope not.