These are the voices of the boxing scribe underground– Writers who have disdain for the glad-handing media-types who now populate the scene and would just as soon face stomp a metrosexual faux-expert than scoop up the free flan at a media buffet. 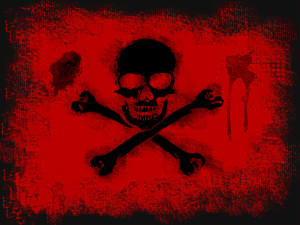 Charles Farrell has had a varied career, mostly moving between music and boxing. He has managed Leon Spinks, Mitch “Blood” Green, and Freddie Norwood, among others. As a pianist, he has played and recorded with Ornette Coleman and Evan Parker, among others. These days, he concentrates almost exclusively on music.

When he’s not busy being The Boxing Tribune’s resident snoop, Tim Harrison is likely punching fluffy kittens in the eye. Tim has also been a columnist at Fighthype.com

Paul Magno prides himself on being the turd in the punch bowl for buffet-diving boxing media shills. He’s also Editor-in-Chief at The Boxing Tribune and a Featured Writer for the Yahoo Contributor Network.

Alphonso Costello owns and operates the parody boxing site, Fight Club Writer, and is also a guest contributor to The Boxing Tribune. As a full member of The Sh-it List Makers Association of America (SMAA), Costello specializes in search engine-friendly Top 10 lists and raining on parades.

On Donaire-Rigondeaux and The Lost Art of Boxing

Moderator: Read this blurb from Charles Farrell and comment:

On April 13 Guillermo Rigondeaux was the best boxer, hands down, in the world. Whether he remains so (he’s old, after all; a good deal older than his promoters would tell you) is neither here nor there. He was operating at a level of sophistication, while reducing Nonito Donaire to a novice, that viewers (one of whom was Donaire’s trainer, Robert Garcia) were ill-equipped to decode. Unfortunately, boxing fans have been taught to value effort–the visible trappings of a struggle–more than they do consummate efficiency. It’s not enough that a fighter is trying; he has to look like he’s trying. So if a fighter doesn’t move too much, doesn’t throw more punches than are necessary, feints and drops his shoulders in subtle ways, and doesn’t put himself at risk if there’s a way not to, viewers grow restive, which is what they did that night. I admit that it bothered me to hear the crowd booing the best performance in recent years. People were disappointed that Rigondeaux didn’t engage enough. Why should he have? He won every minute of every round, with the exception of being tagged with a hard shot that dropped him in the 10th (also largely unnoticed was that he was unhurt, and handily dominated the remainder of the round). It’s worth noting, too, that when Donaire opened the final round by going for broke, Rigondeaux immediately upped the ante and nearly scored a knockout (had there been a 13th round, it would likely have been the last of the fight).

Ted Sares: I can find no fault with your outstanding analysis except to say that what constitutes “best” is in the eyes of the beholder and in the wallet of the ticket buyer. Most, if not all, Fights of the Year, are the antithesis of Rigo-Donaire. People want action; purists want Rigo. Those who look back to the past loved what they saw. Those who liked Bradley-Provodnikov booed.

Boxing is a business first ,second, and third. While that does not take away from Rigo’s flawless preparation and execution, it does not bode well for mega purses in his future.

Charles Farrell: Ted, let me hasten to add that I loved the Bradley-Provodnikov fight. I’m not advocating dropping off praising all action fights in favor of technically commanding ones. I’m suggesting that it would be great if viewers were able to expand their palates in order to take pleasure in a stylistic range of compelling fights. And I agree with you about boxing being about business. But it’s worth noting that the current highest paid performer in the sport is anything but an all-action, blood and guts kind of fighter.

Alphonso Costello: Although the fight was boring by “all-action” standards, the technical mastery by Rigondeaux was simply amazing. Yet the boxing media is trying to sell Rigondeaux as a sprinter while Donaire’s performance was that of an all-out aggressor, but the fact is Rigondeaux controlled the fight from start to finish.

The punch stats prove that point since Rigondeaux outlanded/out punched Donaire 129/396 to 82/352. And one of my pet peeves as a fan is hearing an athlete say he has no excuses for not performing well and then offering up a couple of excuses in his very next sentence, much like Donaire did during his post-fight interview.

And gee whiz I’m SO surprised the media hasn’t undressed Donaire for his lack of professionalism in preparing himself for this fight and taking Rigondeaux so lightly. Other fighters have been ripped to shreds for going into a fight out of shape or partying too much during training camp.

Tim Harrison: I’ve never seen a guy so wholeheartedly vilified for winning and making the reigning fighter of the year look like a guy who dabbles in the cardio kickboxing class at the local Y.

Rigondeaux tipped one of Bob Arum’s apple carts, and while conventional wisdom would lead one to believe Rigo will be pushed as the next big star…he won’t. Bob Arum is arguably the best promoter in the sport, which is really only like being the prettiest waitress working the 3am shift at IHOP, but he doesn’t like to actually promote fighters who don’t come ready-made with a huge fan base.

Aside from massaging Nonito Donaire’s bloated ego and blaming Rigo for not charging forward into a left hook, things will go back to normal. Rigondeaux will be an afterthought and when Donaire comes back from paternity leave, he’ll be back in against Latin brawlers one big shot away from retirement.

Sares: The Flash now says he thought he won!!

Farrell: The revisionist narrative seems to have settled on Rigondeaux’s “running” from Donaire all night, despite the fact that he was, almost without exception, fighting well within arms’ reach throughout the fight. When he needed to go toe to toe (something that he was seldom required to do), Rigondeaux dominated the exchanges. People can parse this fight any way they choose, but the fact remains: Rignodeaux made a fight against a legitimately dangerous opponent look like just another day at the office. This was great boxing–boxing in direct lineage with Luis Rodriguez’s. How anyone who thinks they understand boxing could have been bored by it is beyond me.

Paul Magno: This is the reason a totally independent media is necessary in boxing. The money men create the narrative and cheat guys like Rigondeaux out of their proper share of the credit. Right now, a masterful performance will probably go down as a cowardly duck and cover job.

I’m equally troubled by the fans and media who demand face-first brawling in the sport. The art of boxing is being lost because just not enough people have been exposed to it. Nobody is really doing anything to educate the fans and promote those fighters who have actually taken the time to learn their craft…On the contrary, most in the media are right there condemning it. Can you imagine a member of the Major League Baseball press corps telling the world that fundamentally sound baseball is boring?

Sares: Actually, I can.

Harrison: Speaking of creating the narrative, Donaire’s personal valet, errand boy, and shoe painter, Dennis “dGout” Guillermo is back at the Examiner trough with an excuse-riddled post-surgery interview.

What’s being pushed out there is that Donaire isn’t a limited fighter who needs a Jorge Arce to look spectacular, it’s that he fought with a shoulder that could’ve ended his career and that’s why he couldn’t throw his power punches.