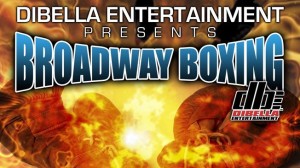 Tomorrow’s bout will be Foreman’s third in his comeback after two consecutive losses and knee surgery that sidelined him for nearly two years. The former WBA junior middleweight champion has been taking things slowly, fighting scheduled six round bouts on the Broadway shows; building himself back to the 12 round fighter he was in 2010 as he looks towards another world title run.

Taking on too much too soon can be detrimental as Foreman found out in 2011 when he lost to Pawel Wolak just months after knee surgery that followed his loss to Miguel Cotto at Yankee Stadium. After taking off the remainder of 2011 and all of 2012, Foreman got back to business this past January, defeating Brandon Baue by shut out unanimous decision over six rounds. In April he made his first appearance at The Roseland Ballroom, and scored another shut out against Gundrick King. Now he steps it up a notch in a scheduled eight round contest against Philadelphia’s Jamaal Davis.

Davis took up the pro ranks in 2003, and did well enough to start; after losing his debut contest, he racked up seven victories, six by knockout. The success was short lived however, as he lost his next three outings and continued on an up and down track ever since. He’s been in against some quality opposition: Peter Quillin, Ossie Duran, Joel Julio and Gabriel Rosado are the big names that stand out, but he’s lost to them all. His last contest this past February was a 10 round loss to up and comer Patrick Majewski in Atlantic City.

Co-headlining the card will be a local favorite; Brooklyn’s undefeated light heavyweight Travis Peterkin (7-0, 4 KO’s) looking to extend his unbeaten streak against Arizona’s Hector Hernandez (10-5-2, 4 KO’s) in a scheduled six rounder. Peterkin is an amateur standout and New York Golden Gloves champion, and is trained by his father Bernard Peterkin. He’s making his fourth consecutive appearance at Roseland; in his last appearance this past February he scored a third round stoppage over Thomas Turner. Hernandez is riding a three fight losing streak, and is making his first appearance in New York.

In the lone female attraction of the night, undefeated Heather Hardy (5-0) meets Cassie Trost (1-1-1) in a six round contest. Hardy, a 31 year old super bantamweight, is a well accomplished amateur with USA Nationals and New York Golden Gloves titles to her credit. A single mother who began training as a kick boxer, she took up professional boxing last August and has kept a steady pace since, fighting just about every two months. Her toe-to-toe style makes for entertaining fights, and she’s quickly become a fan favorite on the New York fight circuit.

Also on the card is middleweight Louis Rose (7-1, 2 KO’s). Rose is coming off a big win in May, winning an eight round decision over then undefeated Delen Parsley. Rose meets Akil Auguste (2-0, 2 KO’s) in a scheduled six round bout.

Broadway Boxing is promoted by DiBella Entertainment in association with Curtis “50 Cent” Jackson’s SMS Promotions and sponsored by Manfredi Auto Group, Newlio.com, and Everlast. SNY will broadcast the event tape-delayed. Tickets are currently on sale and can be purchased through Ticketmaster by calling (800) 745-3000. Tickets are priced at $125, $85, $65 and $45. Tickets will also be available for purchase at the door the night of the fight. Doors open at 6:30 p.m. ET with the first bout scheduled for 7 p.m. ET.